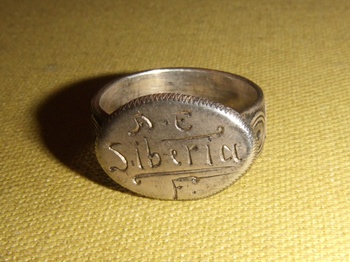 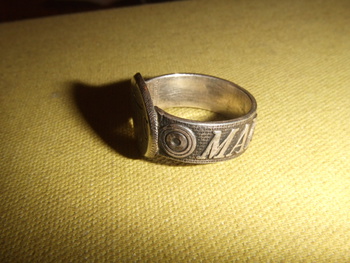 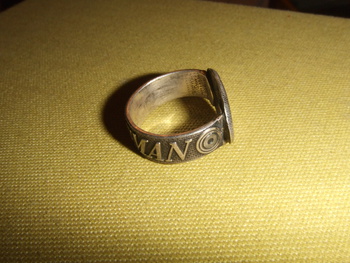 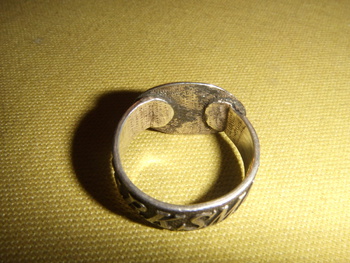 This is an unusual trench art ring constructed to commemorate service in the often forgotten AEF Sibera. Near the end of WW1, Wilson committed a contingent of forces to intervene in the Russian Civil War.

The force consisted of two US Regiments-- the 27th and 31st and later volunteers from other units. The forces served from OCT 1918 until APR 1920 and suffered just under 200 casualties from all causes.

The ring itself appears to be a sterling oval (maybe from a coin) that measures about 3/4" X 1/2". The band has been configured from a silver marksman's pin of the era. You can see the targets and "MARKSMAN" on the band.

Reproduction of my images is prohibited. 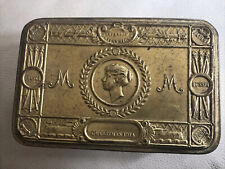 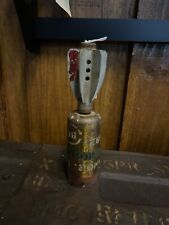 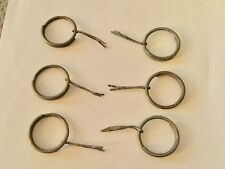