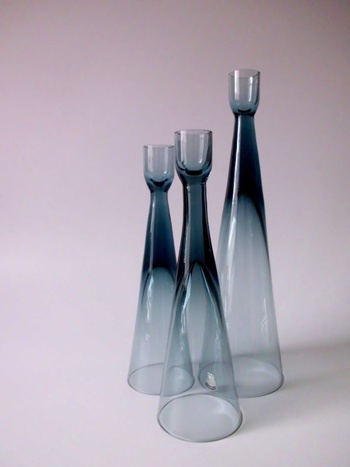 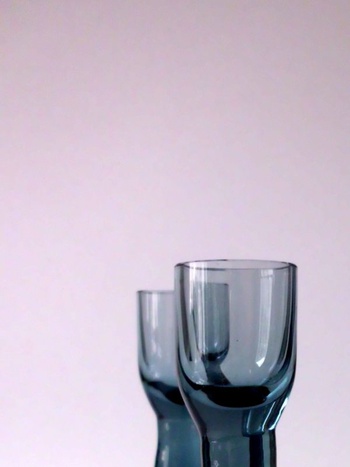 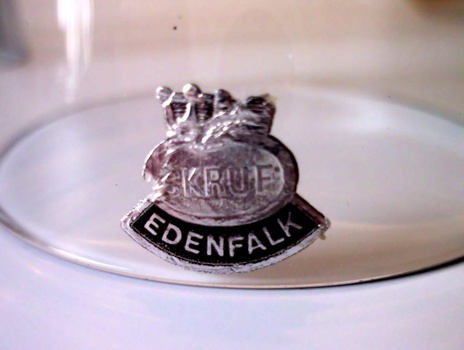 To be true, when I first bought one of the smaller ones, I thought it was Wiesenthalhütte, because there are very similar ones in the WH catalogue of 1965. But two or three days after having bought the first one, I saw an auction with a small (22 cm) and a tall one (26 cm), and the tall one has a Skruf and Edenfalk sticker. Later I saw that the Wiesenthal candleholders are very similar, but they have a completely different color. I don't know who was the first. I think 1965 is rather early for such a design. It reminds me the bell-bottoms which came only later, let's say 1968 or 69.

I really love these candleholders. they are made of very delicate glass in finest quality and the color is very elegant. By the way: Skruf still exists. They still do some good designs, but nothing in colored glass anymore.

There is the Rainman decanter on this page which is really original:

It's a pity that these still existing glass factories don't publish their old catalogues on their websites.