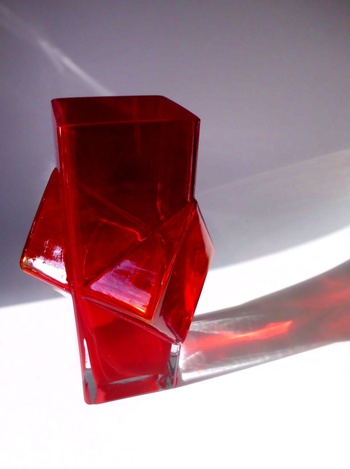 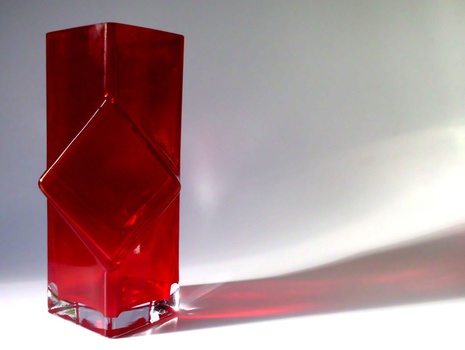 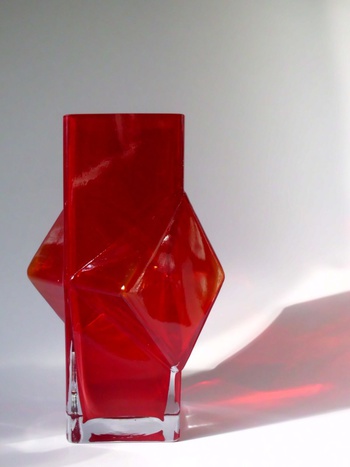 You can't say that the sun doesn't love my Pablo vase. It was the darkest winter in Germany since 1951, and I profited from the first good sunlight since weeks to take these pictures in my kitchen. It's the Red Pablo Vase 1388 by Erkkitapio Siiroinen. It was produced between 1971 and 1975 when I can believe the informations on designlasi:

As far as I know there were four different shapes in three colors for theses vases which all stand 20 cm high. The colors were red, yellow and blue.

These vases are very sought after and I was happy to get my exemplary for a really very good price. Normally they are too expensive for me, at least the red ones!