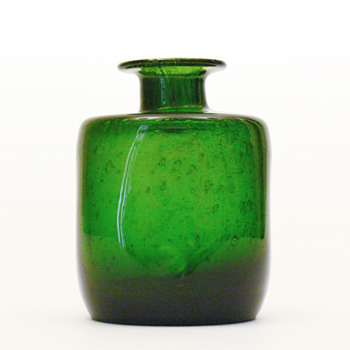 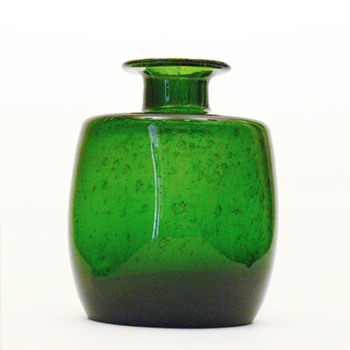 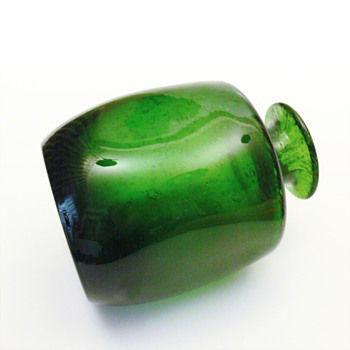 This vase was for some time a real mistery to me... it didn't seem to fit in any range or style I know.

To start with it bears a red Holmegaard label, what made me think of Lütken, or maybe Sidse Werner.

It is full of bubbles, just like the Erik Höglund's Blåsiga (windy) series from the 1950s or the Sargasso ones by Kaj Franck from the 1960s and the and the Hans Christan Wagner designs for Björkshult... and as far as i know, only the LAVA series by Lütken has some bubbles on it, but they happen to be in a "guest star" way... they're not the main issue in that series.

ALthough reminishing in shape to some LAVA or Majgrön vases, the colour is a totally new shade of green...

Somebody hinted it could be Björkshult... and later someone else suggested it could be Polish, designed by Zbigniew Horbowy, which just happened to be the correct attribution.

I want to thank everybody, specially Jensen who seems to have asked every Holmegaard expert!!! :) 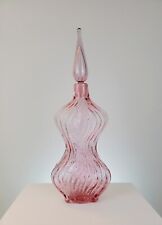