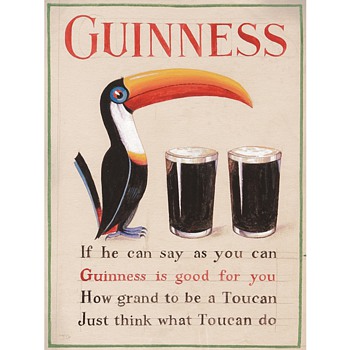 Following up on Ben Marks’ posting of his terrific acquisition of an Avett Brothers music poster featuring a cardinal masquerading as the famous Guinness toucan mascot, I thought to share an original Guinness painting/study that ended up as the venerable avian icon’s first public appearance. Art is by John Gilroy and words written by Dorothy L. Sayers (June 13, 1893 – December 17, 1957); the renowned English crime writer, poet, playwright, essayist, and translator.

Gilroy envisioned a pelican as the first mascot for his “Guinness a Day” theme. Seven pints of Guinness were in its beak (one per day) with the following rhyme:

A wonderful bird is the pelican,
Its bill can hold more than its belly can,
It can hold in its beak
Enough for a week;
I simply don’t know how the hell he can.

As the story goes, Dorothy was asked to revise the copy. While doing so, she also replaced the pelican with the cuter toucan and wrote the clever rhyme shown on the canvas posted here.

This particular canvas is the final study and marked ‘print’ by Guinness’ advertising agency S.H. Benson; which means the actual printed posters are based on this specific image. Over the years, the toucan was joined by other mascots, but it is the toucan everyone connects with Guinness. 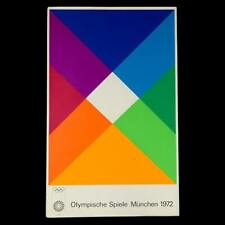 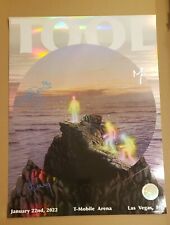 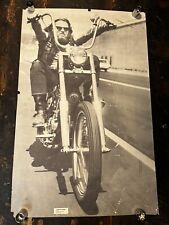