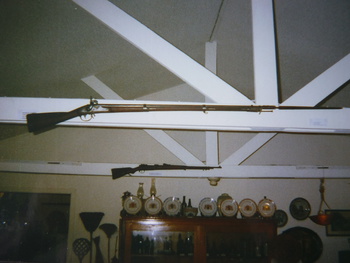 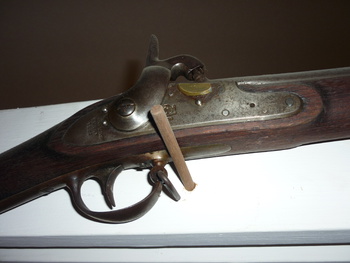 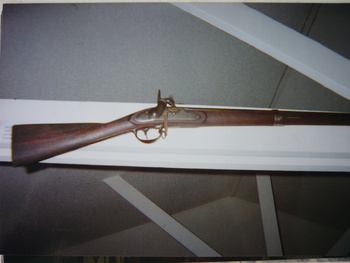 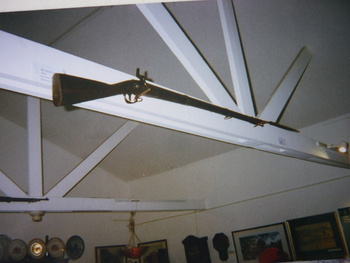 I sometimes help with the St. Maarten museum & have cleaned their old guns. This is an 1834 Harpers Ferry .69 cal. musket. This is on loan by a friend for many yrs.. It is in beautiful condition & appears to have orig. grease inside the lock. The bore is about as smooth as when it was made. It was orig. flintlock but arsenal converted to percussion. The musee' is air conditioned so I don't have to worry about my "charges" rusting. During the Amer. revolution, the British "brown Bess" was .75 cal. but the French were supplying many weapons & they used .69 cal. so the U.S. adapted the Fr. caliber after the war for their weapons thru about 1840. The U.S. also had adapted the metric system for arms which continued until the late 1800's.