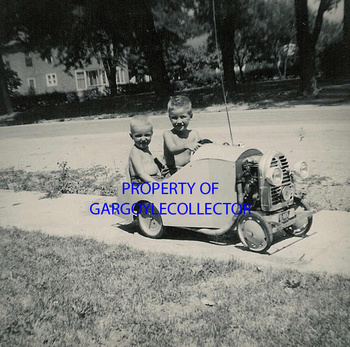 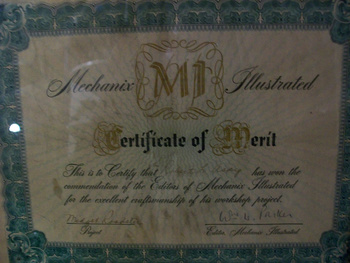 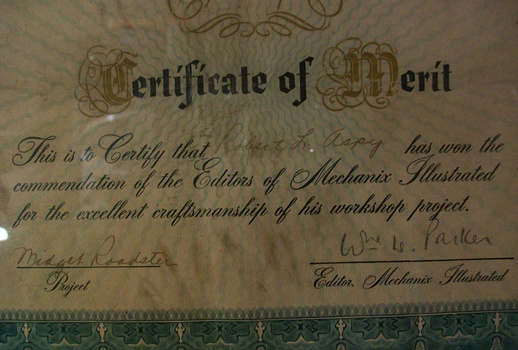 This little speedster was built in the early 50's,the same builder of my 1911 Maxwell.This was his first attempt at it and was recognized by "Mechanix Illustrated" magazine (this had to be before 1956 when he built my car)
This car was built from scrap ,and after giving it to another part of his family,it only lasted a few days,and was destroyed...so it doesn't exists except this photo and the certificate(which I found in the stuff that came with my Maxwell)
In the photo ,his two sons are behind the wheel.
I was told it is in the magazine ,but I don't have any,and I don't know what year it was in.

Highlight the link to the 2nd car build-
http://www.collectorsweekly.com/stories/37138-1911-maxwell-replica