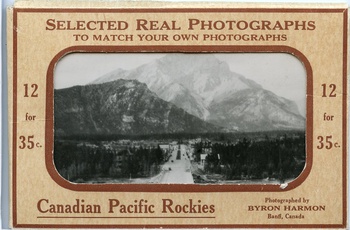 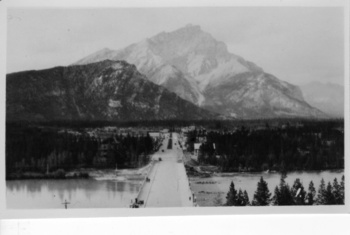 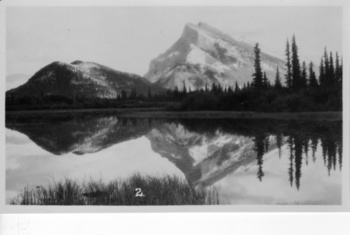 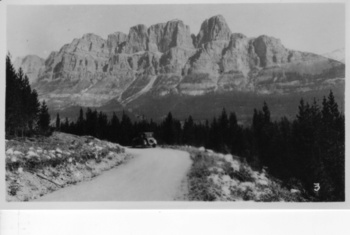 Selected photo's of the Canadian Pacific Railway, it's Hotels & scenes through Alberta & British Columbia, including Banff & Yoho National Parks.
These come from the prolific photographer Byron Harmon, B 1876 in Tacoma, Washington. His collection of more than 6500 photographs provide the best glimpse of the Canadian Rockies in the early 20th century. The collection is now housed at the Whyte Museum in Banff, Alberta.
As a teenager, photography grabbed his interest and he waded into the new medium with a pinhole camera he constructed himself.
In 1903, at age 27, Harmon made a short visit to a bustling little community in the Canadian Rockies called Banff. The visit was short but his impression of the place was a lasting one and he soon returned to make a living photographing mountains. Without roads or trail systems, the mountains required him to negotiate their steep slopes and treacherous passes to discover his sought after images, a deed equally as challenging as framing up the jagged peaks. His forays into mountaineering bore fruit and in 1906 he opened up shop on Banff Avenue.
Image #1 Envelope/display folder