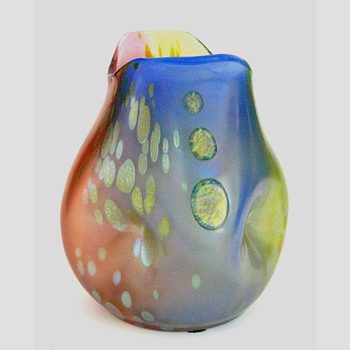 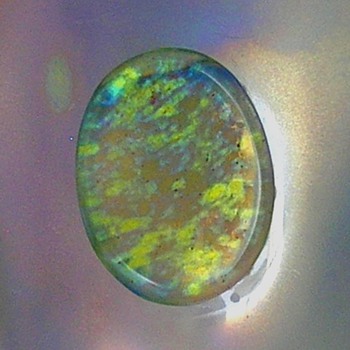 When this 6-3/4 inch Loetz tricolor vase appeared on ebay, someone wrote in to say that the buttons were remnants of broken handles, which seemed to discourage other bidders. I was aware of similar pieces in Ricke II, so I knew that they were part of the decoration (see Ricke II pages 134, 135, and 146). So I bought it. I cannot tell if it is foil under the clear buttons or iridescent glass. It looks more to me like iridescent glass. This is the only piece with buttons that I have ever seen in my 30 years of collecting. Perhaps someone who has another would post theirs. (2002)