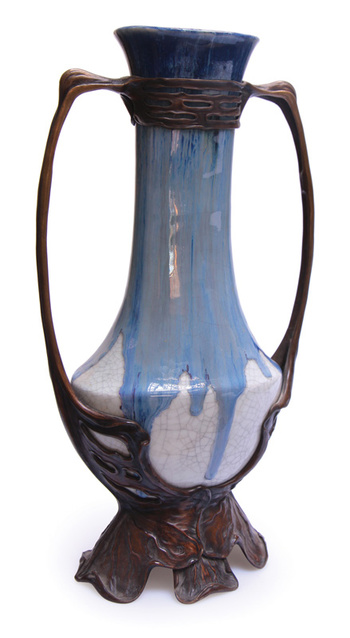 Otto Eckmann, painter, printmaker, and crafts designer, was a leading exponent of the Munich brand of Jugendstil. Before moving to Munich, Eckmann saw a group of Japanese wood block prints that apparently influenced his decision to concentrate on applied design. He began producing Japonist graphic designs in 1895. He proceeded with Japanese-influenced designs for embroidery, textiles, graphic arts, typography, metalwork and ceramics. In all of his work he demonstrated the belief that stylized nature should take the place of historicism in design.