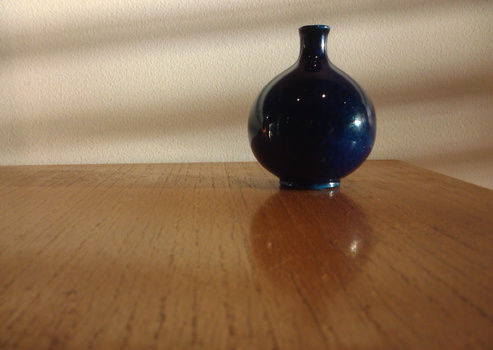 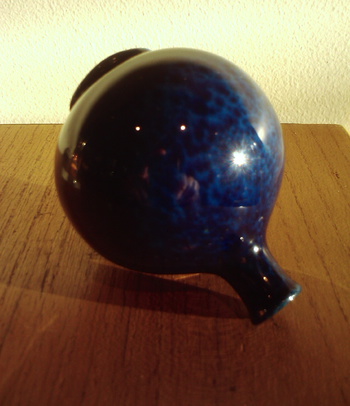 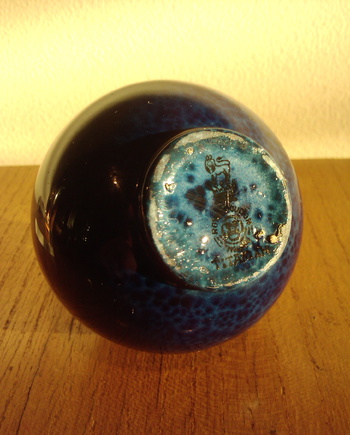 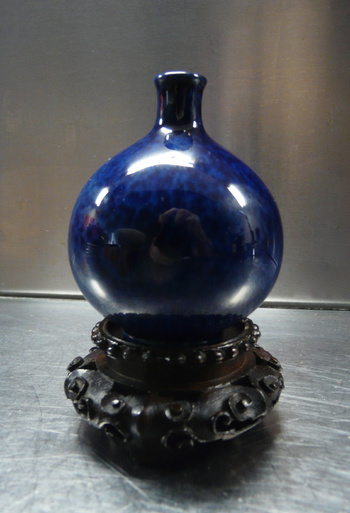 The first Saturday of each month is the day to head for my local market ten minutes walk away. I slept in last Saturday and didn't arrive at the market until well after 10 am. I went really to see the people that I have met there for the last twenty odd years! The regulars!
I was meant to meet up with Paul at the supermarket by 11 am so I didn't have much time. I saw this little vase sitting among some salt and pepper shakers and gingerly asked the price of the dealer. I was just two dollars so I secreted it in some bubble wrap before heading off to Woolies!
I knew the outline of the mark - very difficult to discern is black on cobalt blue. I've had a few Titanian pieces over the years but I think this one is the nicest of them all. They did this shape in a gold form of Titanian as well. There is no number on this one. The base is very small and I was surprised to see the full lion and crown above the Doulton mark on an item this small.
It stand just 7.5 cm or 2.9 inches.
Titanian glazes were introduced to the Royal Doulton range by Charles John Noke (1858 Worcester - 1941).
"He is noted for producing many different ranges of pottery using differing techniques and was also hugely influential in helping Doulton establish itself as a world leader. After he joined Doulton in 1889 he became the Art Director and was able to affect all aspects of production at the Burslem site and in doing so instigated a revolution in both design and production turning Doulton into the leading art manufacturer of the age.
Noke's greatest achievement was the creation of a range of experimental transmutation glazed wares that are at best as good as anything produced at Sèvres, Copenhagen, Dresden or even in the Far East. These ranges, the Flambes, Titanian, Sung, Chinese Jade, Chang and Crystalline represent one of the greatest contributions to studio pottery made by a large British manufacturer in this century."
http://en.wikipedia.org/wiki/Charles_Noke 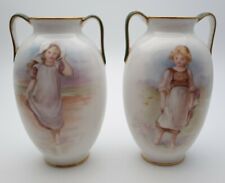 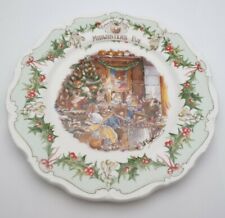