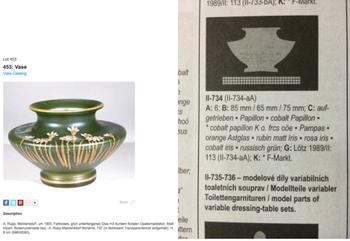 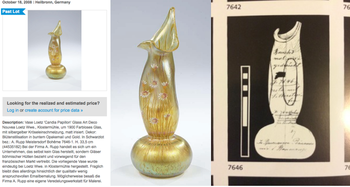 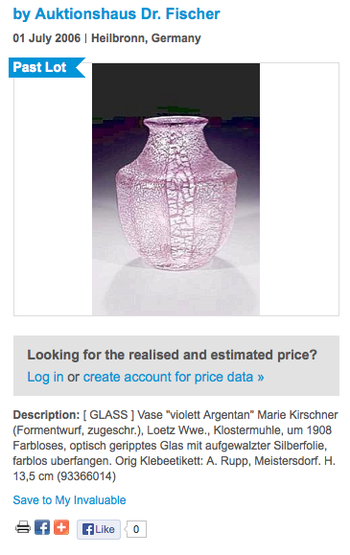 Photo #1 above is the one that is marked II-737, according to the fine print, but I believe that the auctioneer misread the number, and it's actually II-734. The shape would match, and a European script 4 can easily be mistaken for a 7.

The first three are all also marked A.Rupp, Meistersdorf, Bohéme.

The last example is unmarked, but it's interesting because it is an Argentan that is not further decorated.