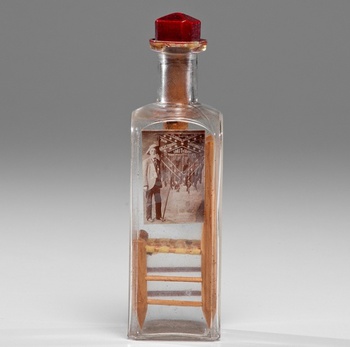 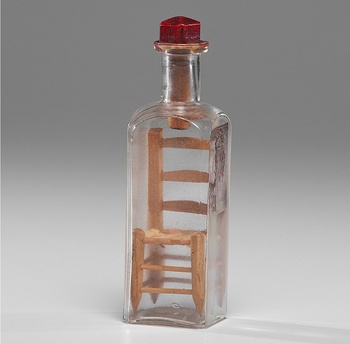 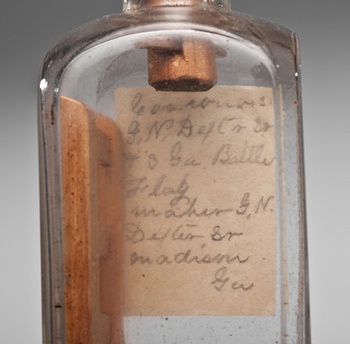 This was completely unexpected; it was a featured item in an auction a couple months back and I was hooked ... bid live via phone and won. For a while, it was a contest between myself and a floor bidder.

Everyone knows about ships in bottles but what about this? Presented here is a 7” tall bottle with a ladder-back chair inside. It’s a beautiful construction with a fully woven, two-color cloth seat. Okay, that’s a bit odd yet the crimson colored locked stopper is a puzzle unto itself. In other words, you cannot remove the stopper.

What made this interesting for me is a tipped in original photograph of Confederate Quartermaster Sergeant George Nelson Dexter Sr. (1829-1905) standing beside two flags. The lower is the original 3rd Regiment Georgia Volunteers' Flag, and the upper is an 1892 Reunion Flag. The photo is inscribed in graphite on the back: Commodore / G. N. Dexter Sr. / & 3 Ga Battle / Flag / maker G. N. / Dexter Sr. / Madison / Ga

An extraordinary amount of research was included with this Lot. For example, there is a copy of Dexter’s 1905 obituary appearing in the Atlanta Constitution with the following comment in an article entitled “‘Commodore’ Dexter Dead. Said that he was originator of Confederate Reunions”:

“It is said that Commodore Dexter was the originator of the confederate reunion. He got up the first one ever held-the reunion of the old Third Georgia regiment at Union Point some time in the seventies. He followed the flag from the beginning of the war until it went down.”

The seller of this Lot also included research about the flags in the photograph. Eventually another copy of this image was found in the collection of the Georgia Department of Archives & History (without the chair or bottle).

So who built the chair in the bottle? The auction description said Dexter made the bottle, and the inscription on the photograph would support this notion. Dexter was a talented man! Regardless, it is a wonderful and fun antique to accompany my camera collection.

Note – the images shown on this post were made by the auction house. 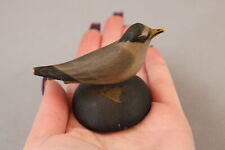 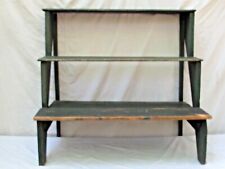 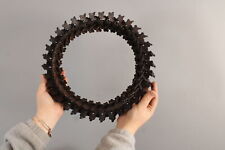