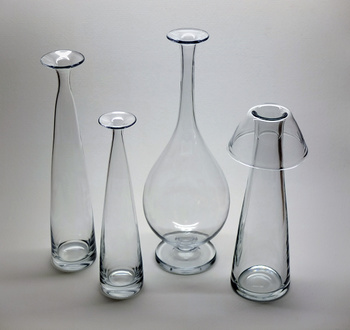 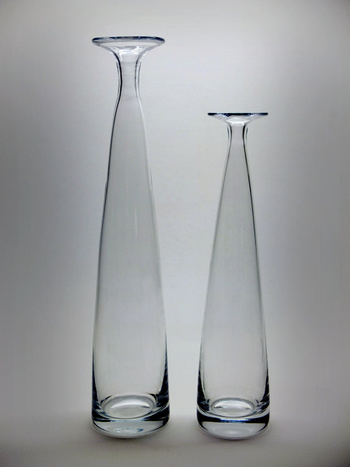 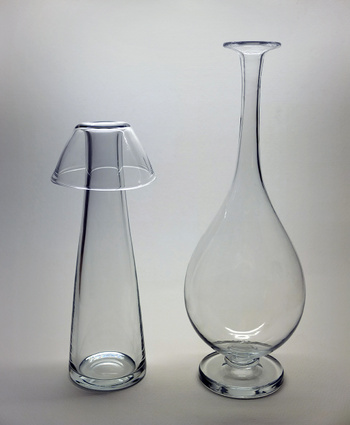 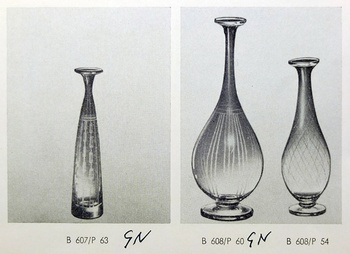 In the catalog from 1954, my father has written AS (Asta Strömberg) on models from B431 to B524. After that, he has written GN (Gunnar Nylund) on all vases B601 to B642. But I think even B535 is a model of Gunnar Nylund. It has a similar style and thickness as B607 and B608, which according to my father's notes are models of Nylund.

The design are from Nylund's early years at Strömbergshyttan 1952-54. B535 probably from 1952 and perhaps the first he designed for the factory? It's vase models in thinner glass than most previous models of Gerda and Asta Stromberg. Nylund also continued the tradition with the thicker glass, but with more modern round shapes typical for the 1950s. The models B607 and 608 were often provided with cut patterns, B607 had mostly pattern number P63 and B608 pattern numbers P54 or P60. Even those designed by Gunnar Nylund.