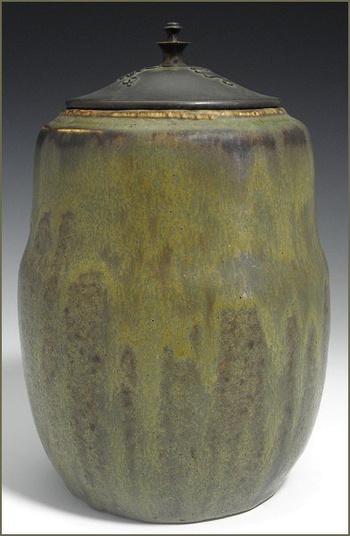 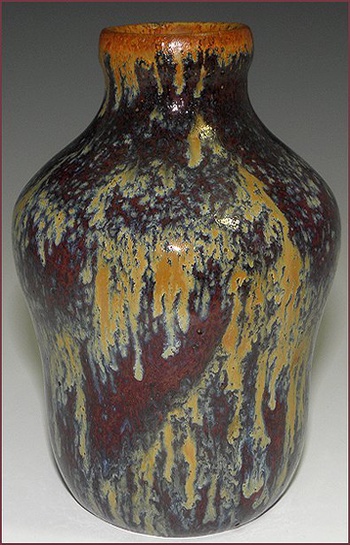 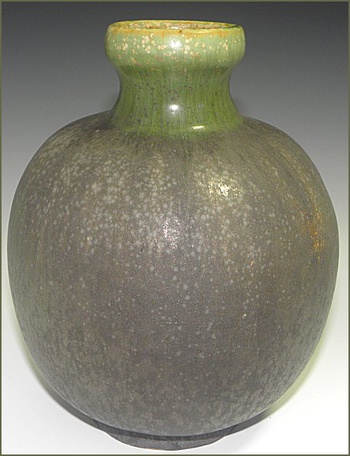 Had this information on my computer, can't remember where I got it:

One of the most influential Scandinavian ceramicists of the twentieth century, Patrick Nordström (1870-1929) was renowned for his pioneering development of glazing techniques and his exploration of Asian forms and aesthetics. Swedish by birth, Nordström spent his professional life in Denmark, working from independent studios (1902-1910, 1923-1929) and at Royal Copenhagen (1911-1922) where he was technical manager and a contributing artist.

Due to burgeoning interest in stoneware, Nordström was initially hired by Royal Copenhagen to develop glazes for this medium. By studying early trials that had been conducted at Sèvres, and through his own experiments, Nordström developed a number of complex glazes, largely contributing to the artistic and commercial successes of the company in the 1910s and 1920s.

In addition to his development of technical advances, Nordström created a large body of studio work for Royal Copenhagen. His designs were characterized by naturalistic forms and virtuosic glazing treatments, demonstrating the influence of Japanese and Chinese art on Nordström’s own aesthetics, as well as prevailing Danish tastes at this time.

All these vases were made while Nordström was at Royal Copenhagen:

Perhaps others can add details/information about this great ceramic artist.