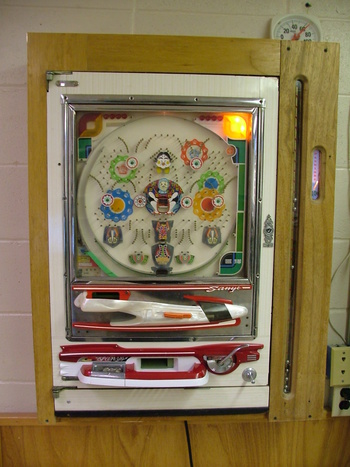 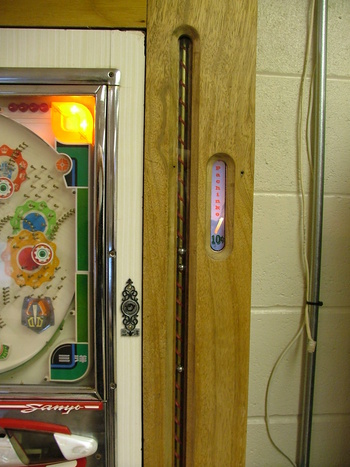 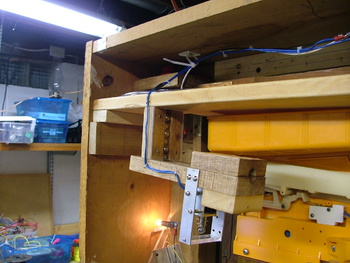 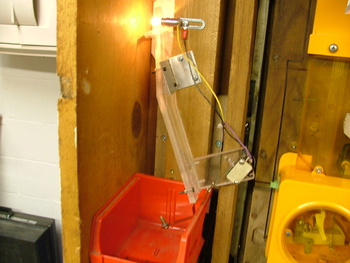 A few years back I acquired my first pachinko machine. The machine did need some TLC to get it so that it would function. During the process it was evident that someone prior had made the mistake and tried to clean the machine with a solvent that had an adverse effects on a few of the plastic parts. A few months later a person in Des Moines had two machines for sale, which ended up to be parts machines. One of the machines was a match with the current machine so I was able to take the two machines and make one good complete machine that worked well.
After playing the game myself and having the grandchildren play the game the effort of refilling the ball hopper got old quickly. This last winter a ball auger was created using some scrap mahogany from old door jambs, brass rod, motor from a battery operated drill, a few gears and weed eater string. Once that was working, just as well make and add a 10 cent coin mech out of plexi and a 12 volt solenoid. To power all of this I used an old computer power supply.... Quite a combination of junk which goes to show I don't throw much away :-). LOL.... more fun in the building than playing...
PachiTalk.com is a good forum for these machine, the advise given is correct and sincere when wanting to learn more about Pachinko games.
This link will provide a little more detail of this project. The craftsmanship could be better, but this was also my first attempt in adding a ball auger. (Plus I am on a cheap budget) http://dsherack.bugs3.com/Pachinko/