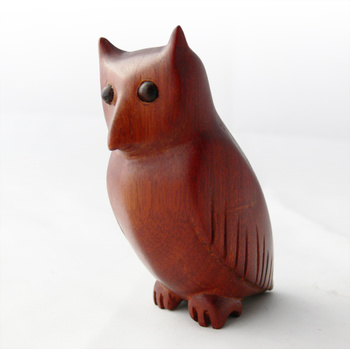 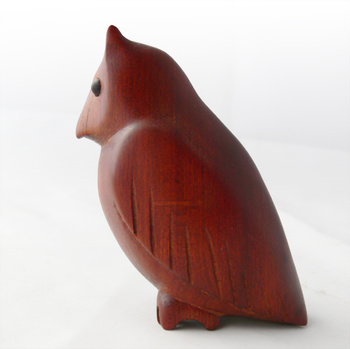 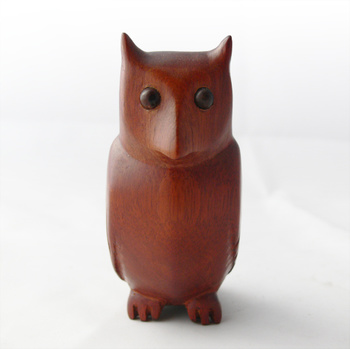 As I guess many of you have, I've been a collector since I was a kid... I guess the first thing I collected were toys but I've kept so few of them... almost nothing. But I remember what's the first thing I started collecting seriously, and that was owl figurines.

I clearly recall the figurines I started the collection with: a series of thin walled terracotta owls with white enamel accents. Mom had bought a lot of them to exchange with her friends as a Summer holiday souvenir (they used to exchange souvenirs every year, so you can imagine all of them had the same stuff in their display cabinets... isn't that weird?). But that year, two or three owl figurines remained at home and I asked my mother if I could display them in my room. Next year, she bought the remaining owls -there were six different models- and then year after year we started getting a few every Summer, and then she and my father would get more owls in every town or country they visited, so I ended up having a lot of them.

Last week I rescued part of the old collection and thought it would be a good thing sharing them here.

This first one is a wooden one made out of Guayacán, also known as lignum vitae. It's a South American wood so dense and heavy it doesn't float. I know I've got one or two more figurines made out of it, but the wood isn't as nice coloured and textured like this one.

I seem to recall this one was made in Argentina. It stand about 10 cm tall.