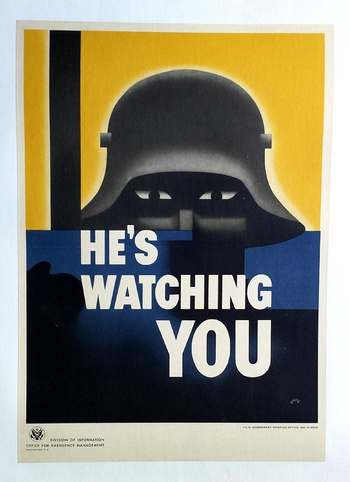 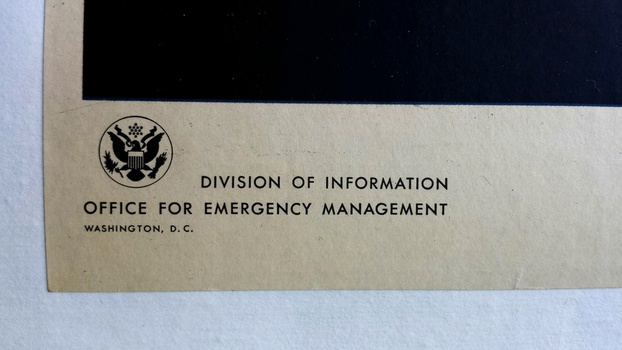 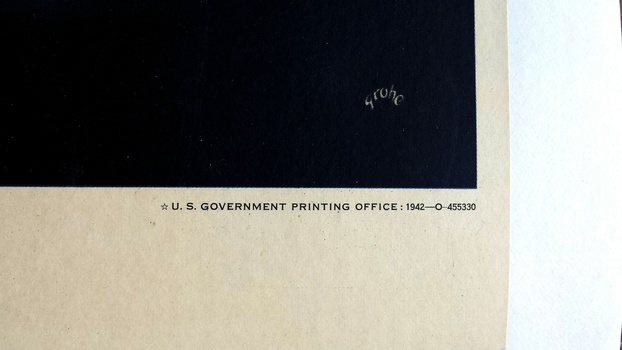 This is an original and EXTREMELY RARE WW2 offset lithograph from my private collection of War posters. This poster titled, "He's Watching You" was designed by Glen Grobe, a well-known artist of Westport, Connecticut in 1942.

This is one of the most graphically designed WW2 posters ever created and is highly sought after. This lithograph was designed to remind factory workers to curb loose talk because Nazi spies could be present. It is one of the most striking and powerful images to be designed on a poster for the American war effort.

Unfortunately, a Madison Avenue survey revealed that many workers didn't understand the poster, confusing the figure for their boss or foreman, and remarkably, the Liberty Bell. It was determined that war effort posters should aim their message at the "Lower Third of the population" which led to a decline in the graphic quality of posters as the war progressed.

It has also been noted that the figure closely resembles Darth Vader, the sinister character we all know in "Star Wars", whose appearance may have been influenced by this lithograph.

This poster was distributed by the Division of Information, OEM (Office of Emergency Management) and was distributed in two sizes, this is the smaller of the two measuring approximately 10" x 14". This poster was printed in only 3 colors; Black, Yellow, and Blue. This poster is in "A" condition and has been professionally linen backed like all my posters are. This is by far my favorite WW2 lithograph. The image and message speak for themselves.