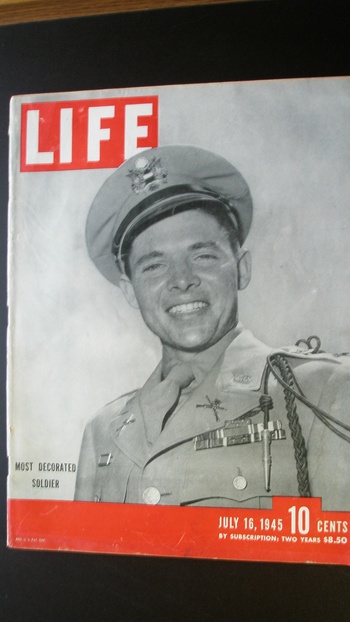 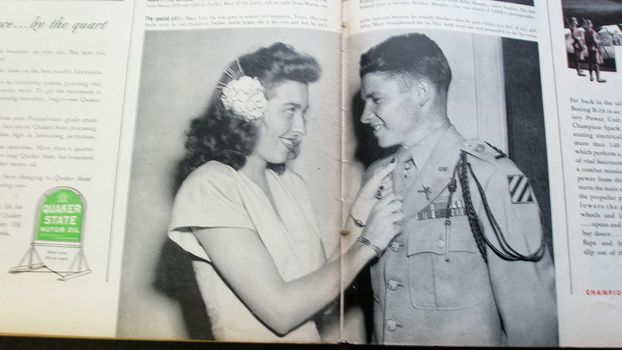 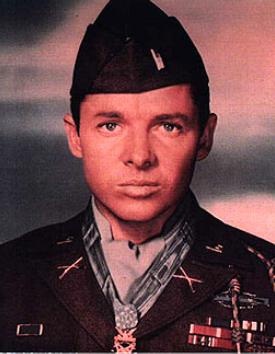 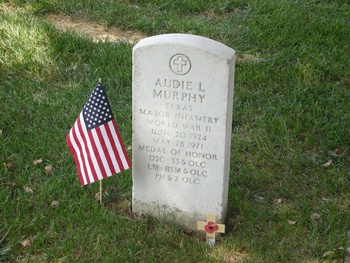 Major Autie Murphy the most decorated combat soldier during ww2, among his 33 awards and decorations was the Medal of Honor. After the war he became a Hollywood actor. Major Murphy is buried at Arlington National Cemetery and he is the second most visited grave behind President John F. Kennedy.