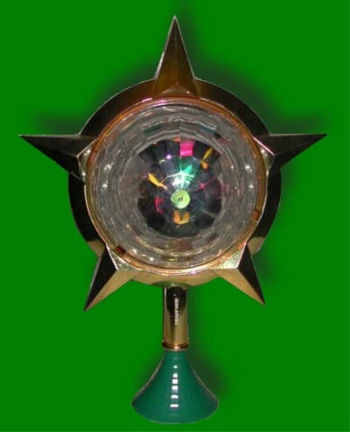 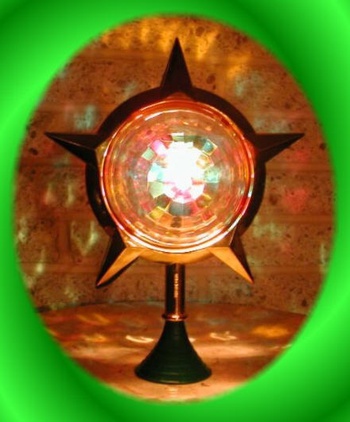 Bill Nelson had "collected" one of these and remarked that they were in high demand. I owned one in the 1970s and used to use it in my bedroom to create a "light show" when I was listening to the Moody Blues, Procol Harum, etc. A plastic cylinder with a "stained glass" star pattern would rotate when the heat of the "night light" bulb radiated through fins on the top of the cylinder, like the angel chimes of old. Dozens of "lenses" on the product's surface projected many different-colored images of the light bulb's filament on the walls, in a sort of trippy mirror-ball effect, rotating faster as the bulb warmed up. When they marketed this as a Christmas tree topper, they may have missed their best target audience. "So it was later, as the miller told his tale. . . . " Merry Christmas, from the contributors and friends of OldChristmasTreeLights.com.