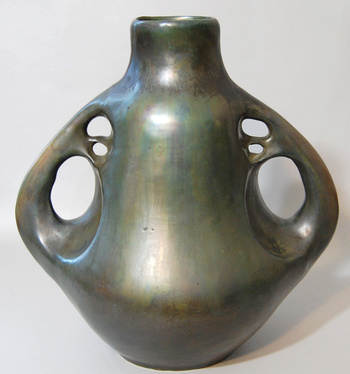 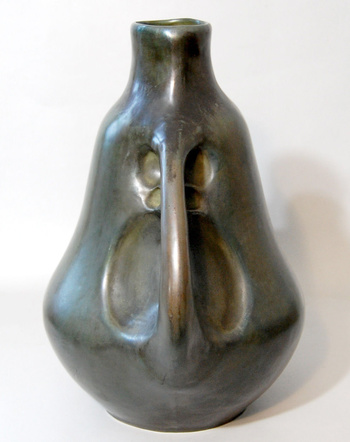 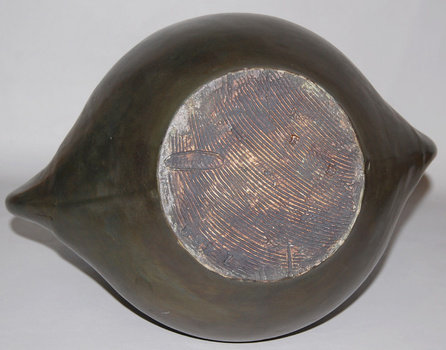 I am so happy to have found this exceptional Amphora vase with a double handled organic form covered with a multi-toned green and brown metallic irised glaze has the impressed mark and stands 11.25”h. It was designed by Paul Dachsel and the shape is shown in "The House of Amphora" Scott, page 169.
Amphora associated with the design mastery of Paul Dachsel, son-in-law of Alfred Stellmacher who began Amphora Pottery in the Turn-Teplitz region of Austria, is some of the most desirable and valuable on the market today. Dachsel served the factory his father-in-law founded as a designer from 1892 through 1904 (some sources speculate 1905), and then founded a pottery business under his own name - Kunstkeramik Paul Dachsel - in 1906. His company remained in business through 1911 (although some sources site 1910), according to information shared on Artnet.com.
In 1894, it's reported that porcelain merchant Ernst Wahliss purchased the Amphora factory from Stellmacher, but Dachsel continued to design for the firm for a number of years. This explains why Dachsel’s name is associated with pieces bearing a number of different Turn-Teplitz marks.