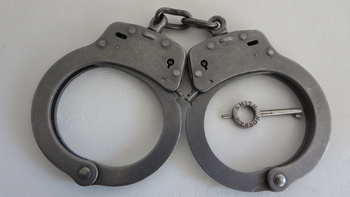 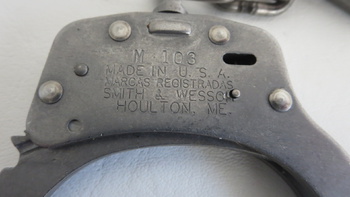 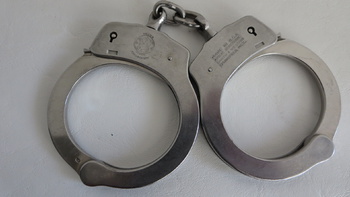 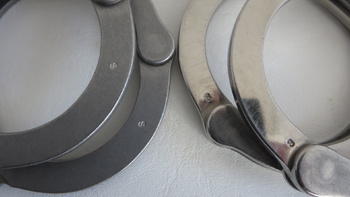 This posting is in response to gargoylecollectors posting on Smith & Wesson Handcuffs (http://www.collectorsweekly.com/stories/137795-smith-and-wesson-handcuffs?in=activity).
Posted here is a set of Smith & Wesson Model 103 Stainless Steel handcuffs, introduced in 1979 when S&W moved their handcuff manufacturing from the Springfield, Mass. plant to the Houlton, Maine plant. The lock case is constructed with exposed rivets for added strength. They feature a self-locking single lock and a manual double slot lock that is accessible from both sides. To double lock, you insert the small peg on the top of the key into the double lock slot and slide it to the center of the cuff to prevent further tightening. They were finished with a brushed stainless steel finish. They were also offered with the earlier push-pin double system that had a push-pin on the edge of the lock case that was pushed in with the small peg on the top of the key. The slot on the face of the lock case was eliminated on this version. In 2011 when S&W changed all their handcuffs to be constructed using rivets to join the lock case together instead of the old brazing method, they added a (-1) to the existing model numbers. So the Model 103 is now the Model 103-1 and can be currently ordered.
Photo 1 & 2 are of the Model 103.

In 1961 S&W introduced their first line of stainless steel handcuffs. They were an all stainless steel constructed handcuff weighing 8-1/2 ounces. They were constructed using the brazing method to join the lock case together. They were offered in two models. The Model 936, a polished stainless steel and Model 938, a regular (dull) stainless steel finish. Each model had the push-pin double lock system. On the right cuff front jaw (the movable arm) by the pivot hinge there is a small "s" stamped. It is also stamped on the left rear jaw (they did not stamp this "s" on the Model 103's). The Model 936 was deleted from the product brochures sometime between 1971-1974. The Model 938 was continued until 1979.
Photo 3 shows the front view of the Model 936 & you can see the small "S" on the jaw by the pivot hinge.
Photo 4 shows a close-up of the small "S" stampings on the right front and left rear jaw, & the finish variation between the Models 936 & 938.

gargoylecollector, I hope this is of some help to you in correctly identifying your handcuffs. Like I mentioned in your post, if your handcuffs do not have this small "s" stamp, they are not a stainless steel model and are probably an all steel constructed with a nickel finish Model 90.
Dave 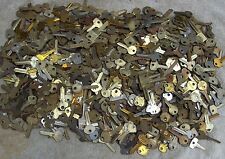 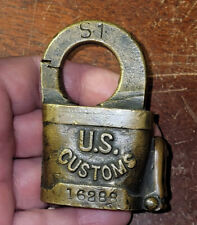 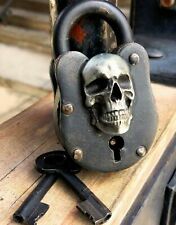