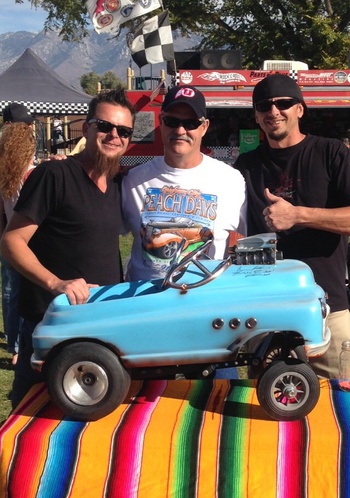 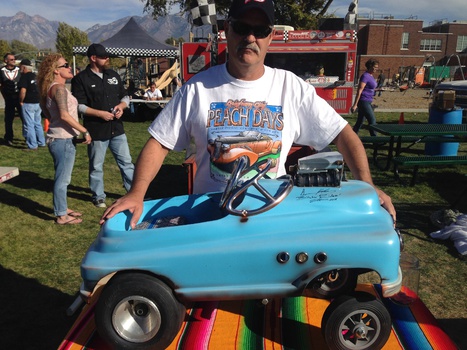 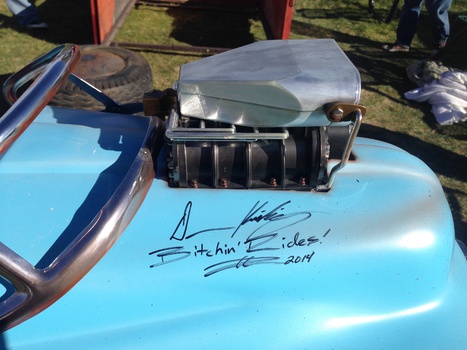 Kindig-it built it I bought it.

Charity build off for Christmas house
I was at a local car show and there was an auction of four pedal cars they were all donated for a charity auction.

I was bidding against a good friend and Dave from Bitchin rides who built the car. I call it garage art and couldn't be out bid.