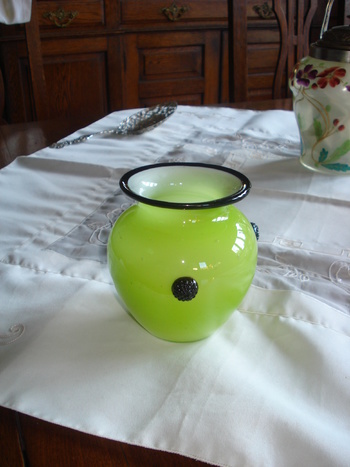 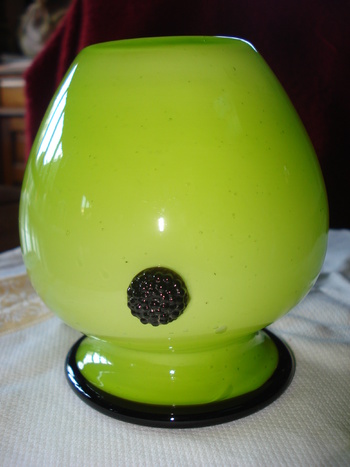 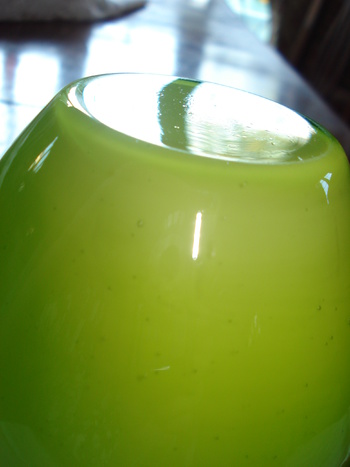 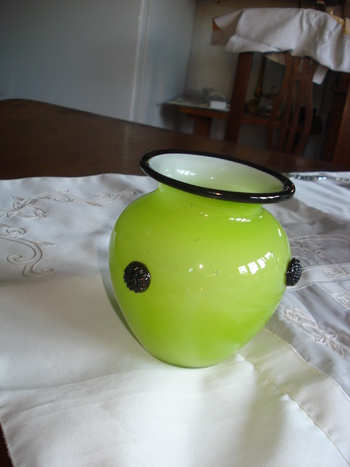 Yesterday, Sergio and me went to the antiques and artisan market. We bought several thinks, and it was a long time since we could buy something there. This beautiful vase was bought in a shop whose owner is Beatriz Riga with another vase (previous post). Here you can have an idea of the place in a Saturday day http://www.skyscrapercity.com/showthread.php?t=1487836.
As all the colored glasses it was sold as Murano, but I knew it was not. Also I am sure it was not made here in Argentine, though carnival, cased cut and Tango glass were produced profusedly during the 20’s 30’s, because of the raspberry prunts and the green apple color. I was pretty sure it is Bohemian but I was not able to find something similar on the web, but finally Ivonne very profesionally helped me to identify it. The glass is heavy and of three layers, from inside to outside, white, green and clear. The prunts really look like raspberries and the black over the pale green is a great contrast.