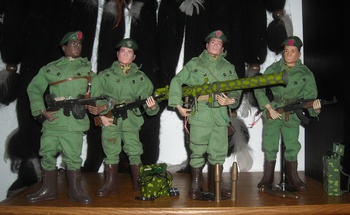 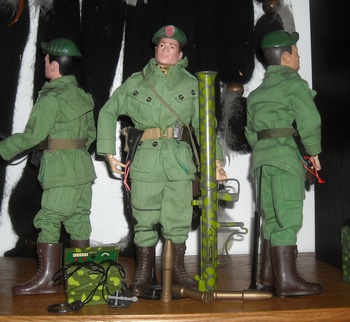 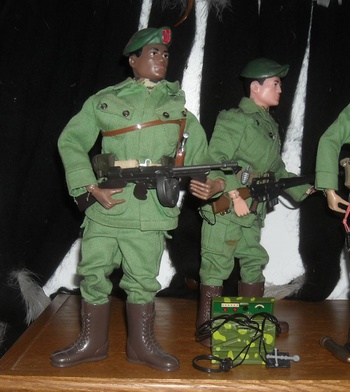 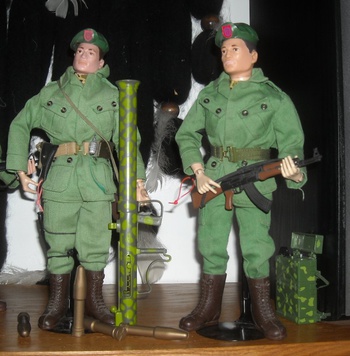 This is my favorite GI Joe set which is why I have four of them. This is one of the few military sets that came with a figure. Previous sets would require buying a figure, the main set, and a helmet. This set came with the figure, uniform boots scarf and beret, M-16, 6 grenades, pistol with holster and belt, and the communications set.
The bazooka came in a separate set with the uniform, bazooka and 6 shells which is called the Special Forces Set. There were also other sets that came with the accessories such as set 7533.
I got the bazooka from the Backyard Patrol Set which was a sealed bag with the bazooka and all the accessories which I unbagged. The Backyard Patrol sets were sold at the end of the military era around 1969-1970. I hate getting the sealed sets as I really like to take them out and pass out the pieces to my Joes.
The AK-47 and Thompson are Ultimate Soldier and the shoulder holster is from the 1970s Adventure Team era.