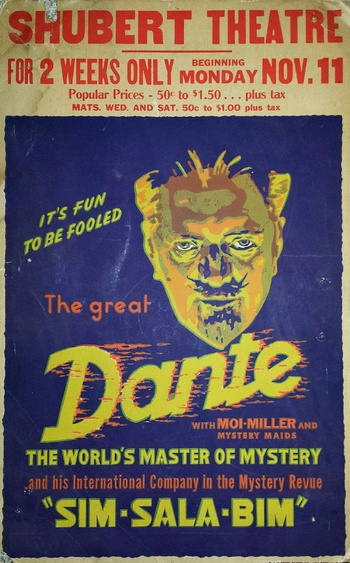 This is a very rare, original stone lithograph window card for Dante The Magician from my private collection of Magic posters. This window card was used to advertise Dante's Magic show at the Shubert Theatre in New Haven, Connecticut beginning on Nov. 11, 1940. The theatre still stands today.

Dante (1883-1955) was born Harry August Jansen in Denmark. He emigrated to the U.S. as a small boy. He started out in magic as an illusion builder, later building for famous Magician Howard Thurston.