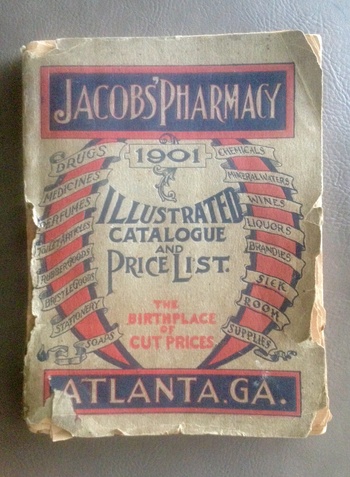 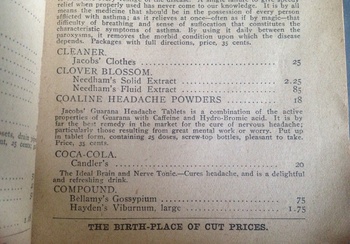 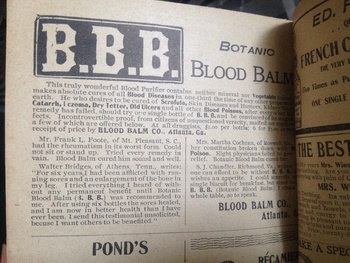 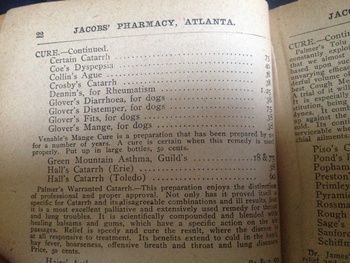 Picked this up off ebay. Sorry if I cut in line for it but I thought it was the coolest. I had been hoping at the very least to get a bottle as my pharmacy item but I found this first. I think pharmacy items are very cool non Coca Cola, Coke collectibles. The catalog is basically a price list for mostly 60% of the book for different medicines and remedies. The image portion is mostly household and medicinal items.

Coca Cola has a small listing, but Im happy it is shown, especially with Candler next to it and so far the only Venable mention is the one shown, still neat. By this time Coke was taking off and I believe Candler had rid himself of the BBB to focus on Coke, but it is also listed and has a small ad.
It would be sweet to find an earlier version as this is 19 but I think its amazing and had to share. I want to figure out how to frame it. Thanks for looking.