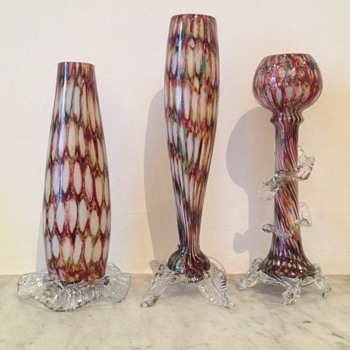 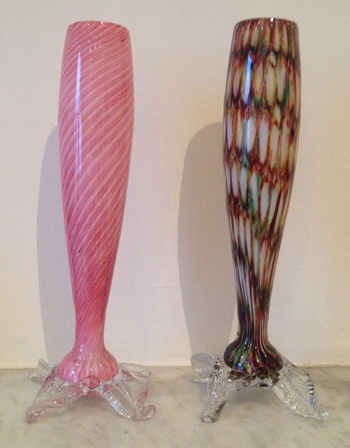 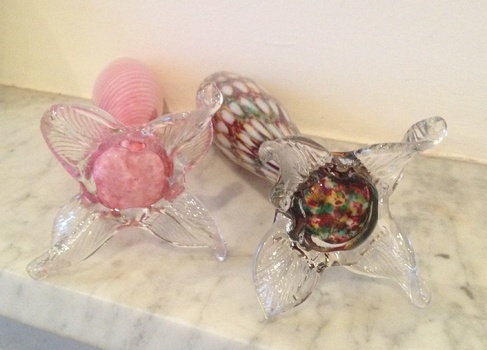 My surmission would be that the 4 are by the same maker. The décor on the 3 first is the same but it is affected by the mould-blowing of the 3rd, distorting it.
The sizes are 20.5, 21.5 and just under 23.5cm.
The petal feet on the two in pic. 2 and 3 are the same, as is the shape. So I would like to think all 4 are by the same maker. I would think Welz as - although there is an idea that other manufacturers may have made similar multi-coloured honeycomb décors - there isn't much evidence for this, as far as I can see.
Of course, I would like to know if I have got the shape or décor comparison wrong or if I am mistaken in any way, as I would like to add to the sum of knowledge, rather than detract.
I am sure there is an enormous pool of Victorian and later Czech glass in the UK, hidden away in collections, possibly unrecognised.