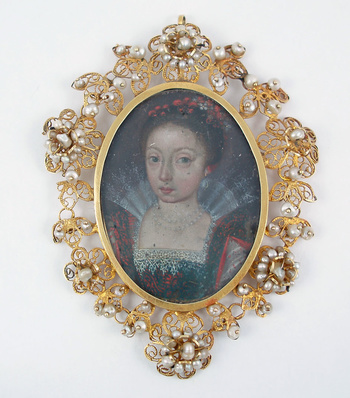 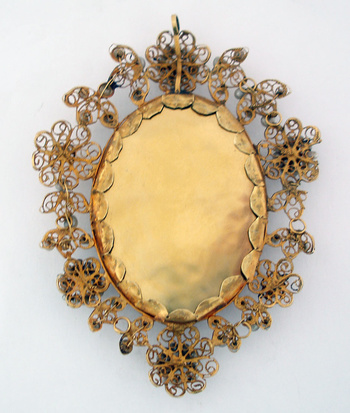 To me, this is an extremely poignant portrait miniature.

European, possibly Spanish, and circa 1560, she looks quite young, probably in her early teens. Girls from noble families were usually political pawns, married to someone who could bring power or wealth to a family. This is most likely either a betrothal portrait or a "shopping" portrait, sent to a potential suitor. She is dressed in a formal gown and jewels.

The portrait is a rare oil painted on silver with a later period gold backing. It is set in a mid-1600s gold frame inset with pearls. The paint has a bit of flaking but is in generally good condition.