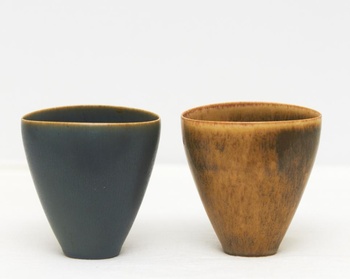 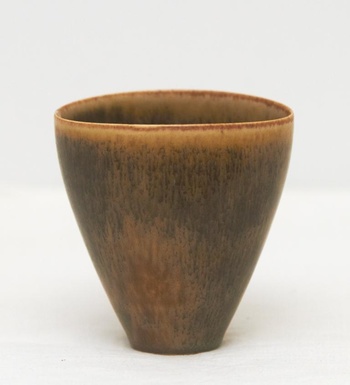 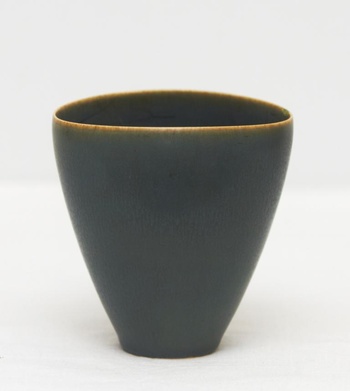 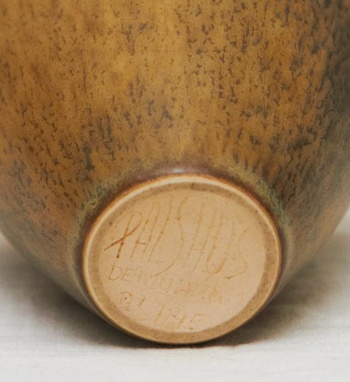 I don’t really collect ‘late’ things such as these vases, but sometimes I can’t help buying them anyway – the shape and glaze of these vases are so pleasing, so here you go: two vases (same shape, different glaze) from the husband-and-wife studio pottery named Palshus. The studio was established in 1949 and run until 1972 by Per Linnemann-Schmidt (1912-1999) and his wife Annelise (1918-1969) - the name of the studio was constructed from their initials and the word ‘hus’ (= ‘house’). They worked closely together, developing their own glazes and a streamlined simple style. These two vases are very typical of Palshus, and especially the blue glaze was often used. Stylistically, some Palshus pottery is quite similar to that of Saxbo, another well-renowned (and earlier) pottery. I have a few Saxbo items which I will post at some point – then you can see for yourselves!