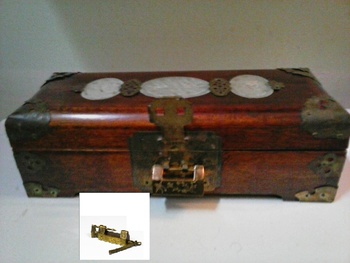 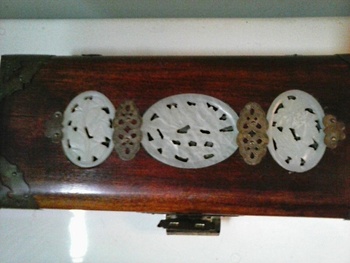 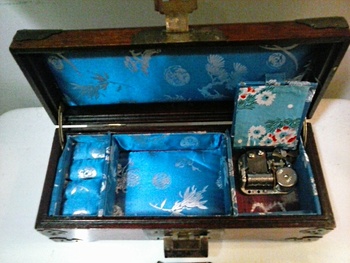 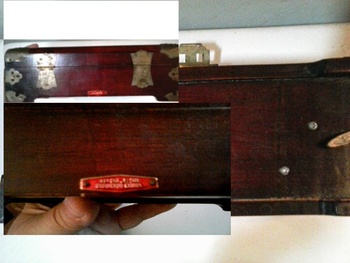 Every so often thrifting gets a little ho hum during the Summer. Then something comes along to liven things up again. I found this beautiful Chinese jewelry box at Savers this morning. Plenty online to look at with prices ranging from tens of dollars to hundreds which makes appraising it's true value tough. They all say the medallions which are rather pale and almost white, are jade (nephrite). The case is a reddish wood with brass mounts. Mine has a blue silk interior and a music box which does work. The tune is familiar but I can't think of the title. Most of them have red interiors and no music box. Maybe that was added later. It's marked Sankyo Japan. The box has a red metal tag on the back with Chinese characters along with Shanghai China. It also has it's original trunk lock and key, A tricky little device that took me a bit to figure out . There are half size ones as well with single medallions in the lid. I'll have to gather up all my pieces of Asian jewelry now that they'll have a proper home to move into to. -Mike-