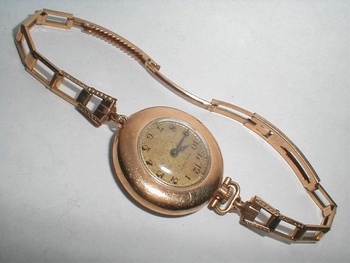 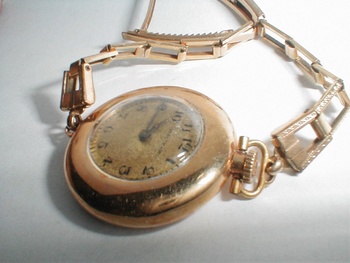 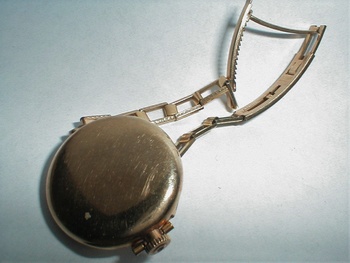 Good day Fellow Collectors. When we talk about the first wristwatches, first thing you have to understand, They started off as a pocket watch. Someone had the idea they wanted to view their watch faster and easier than digging it out of either their vest or trouser pocket to tell the time. After a few "Home Made" adaptations, around the turn of the 20th century, several watch makers decided to produce something that could be worn on the wrist, most were marketed as Woman's Bracelet Watches, thus the title Wristwatch came about.
This is one of my oldest Woman's Bracelet Watch, produced by Waltham, circa 1899. If you notice the construction of this piece, it's merely a smaller frame pocket watch with a smaller tab 180 degrees from the crown & bow, where a bracelet would be attached.
Thanks for looking and hope you've enjoyed seeing something a little different from me.
Kerry