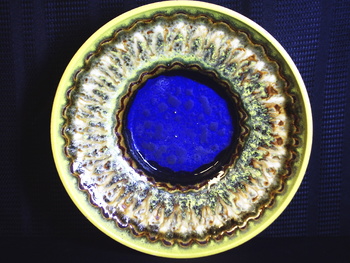 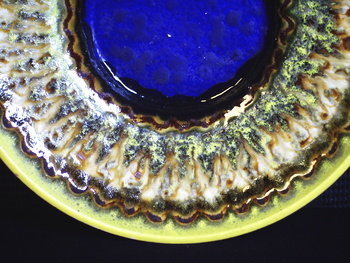 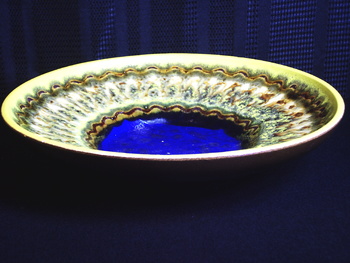 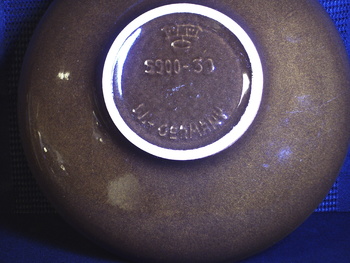 Hi
Everyone.
I have to dig in my stuff to find this one, i knew i have another one barring the " Carstens Tönnieshof " mark.
This WGP plate was found at Goodwill 6 months ago, as usual this is very bright and colourful, first i did't know WGP made decorative plate,, i have lot of vase but this one was the first for me, not the last for sure.

This was simply one of many pottery factories owned by members of the Carstens factory, but it's the primary one for art pottery during this era.

When marked, Carstens has the "twin house" mark with a T over C in the middle. They used red clay, but some items were made in Austria and Australia and have white clay.

Carstens items are of generally high quality. Their best rank with the very best with the majority of their work well into the above average range with few weak designs.