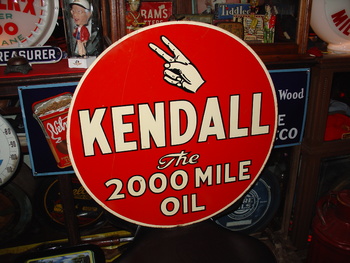 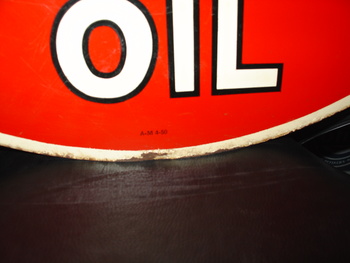 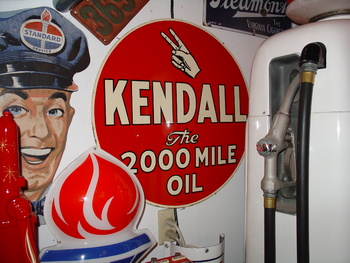 A few months ago I went on a pick with a friend to look at a Ford neon sign in this old barn in Indiana. There were several Model A's and T's in there also. When he saw the sign that he went there for he was disappointed, not what he had remember. He was just there for that and told me to look around. As he was talking, I saw three of these Kendall signs laying on the ground in the barn covered in dust. They must of been there for years. I stood them up and pick the best one out of the bunch and ask if they would sell one, she said yes. Got it home and washed it and waxed it and WOW what a beauty. Expecially a 1950 24" sign. Never have seen one in this condition before. Under all that dirt and grime I found a good sign. It's a keeper and hanging in the garage! 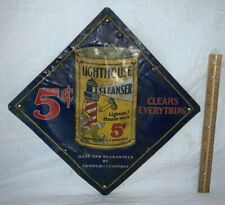 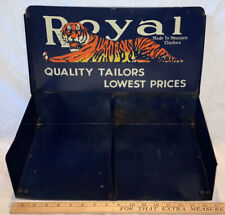