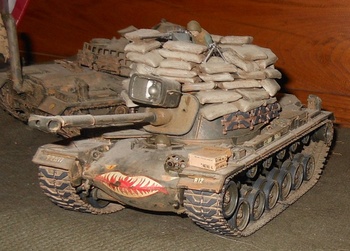 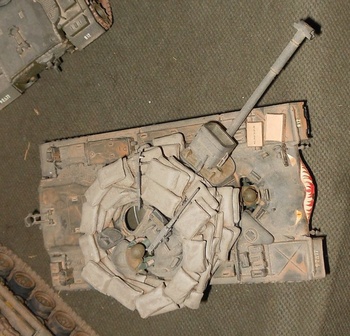 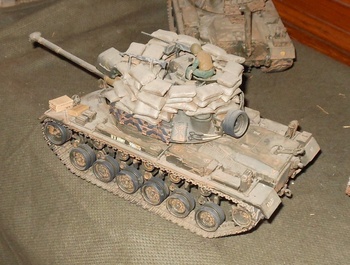 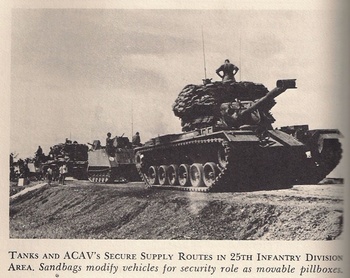 This is an M48A3 Vietnam War era tank model I customized to match the photo in the last image. Sandbags were stacked around the turret top for some extra protection. I added an extra M60 machine gun for the loader on my own. Also there are C Rat boxes and extra ammo cans. I do need to go back and paint the interior of the hatches white though.
The M48A3 was well suited for Vietnam as the boat shaped hull had 6' thick armor which pretty much made it mine proof. May lose some road wheels but the crew would survive. The A3 version was diesel powered so it was not as prone to burning as earlier versions. The 90mm main gun was low powered by the late 1960s but worked well for combat in the jungle.