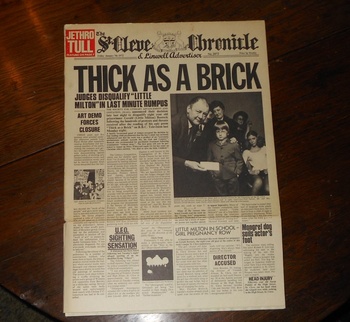 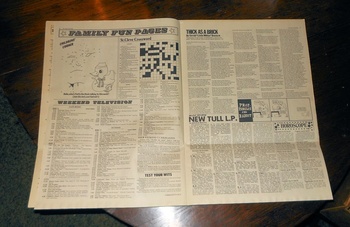 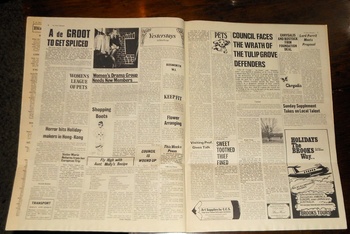 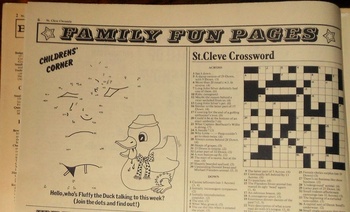 In 1972 Jethro Tull released a parody concept album Thick As A Brick. . Concepta albums were all the rage back then and this one features a single track 43 minutes long. Due to the limits of the LP format it is split into two parts.
The album opens up to become a 12 page newspaper, later versions left out the fold out newspaper. There are several articles about Gerald "Little Milton" Bostock, a review of the album and articles about some sort non-rabbit and many others of a full feature newspaper. It is a bit like the National Lampoon Sunday Newspaper.
Gerald Bostock was an 8 year old child genius who wrote the lyrics for the album and is also a fictional character. Ian Anderson actually wrote the lyrics as usual for a Jethro Tull album.
Don't let your kids fill out the connect the dots puzzle. I haven't checked the crossword puzzle yet. May not be rated G. 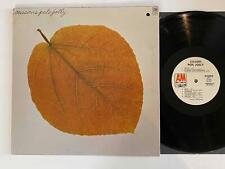 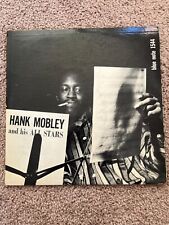 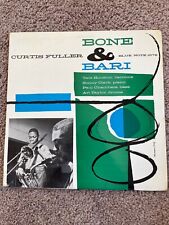 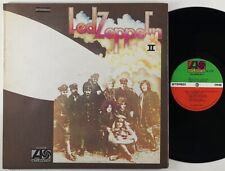