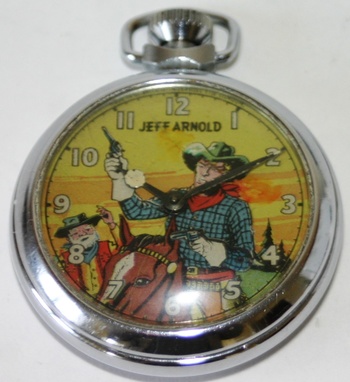 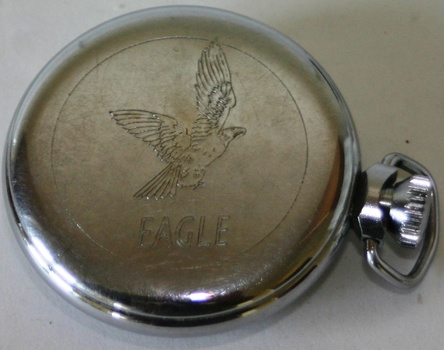 Hello Fellow Collectors. While the United States had the "Cowboy" heroes from the radio, movies and comic book, The UK had this guy.....Jeff Arnold. He was first on BBC radio as a series and later featured in "Eagle" comic books. This particular watch has an Animated feature of his arm and six gun rocking up and down as the seconds click off. This piece is circa 1954 and produced by Smiths(Ingersoll LTD) in Great Britain.
Thanks for looking
Kerry