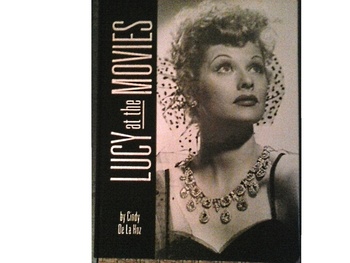 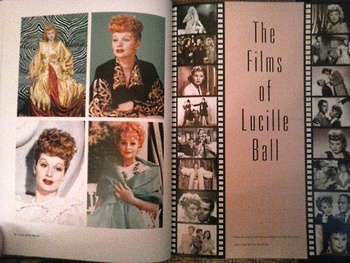 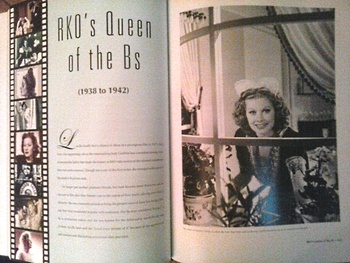 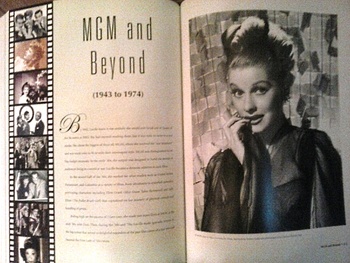 Here's another great coffee table book I picked up at Salvation this morning. I originally saw it last Summer in the showcase at Goodwill but when I went back for it it was gone. So happy to get this..Yes, I Love Lucy ! It's in very good condition except for a green marker slash across the top of the pages. They always have to deface books for some reason so they can't be sold as new. Interesting to see the costume jewelry, clothes, and read about the details of each movies production. She was so much more than zany Lucy Ricardo ! I'm going to make a goal of trying to watch some of the eighty movies in this book provided I can find them. -Mike-

Back Cover
Synopsis by Lucie Arnaz

The world knows her as the First Lady of Television, but Lucille Ball’s talent also shone brightly on the cinema screen in over eighty films spanning five decades, most from Hollywood’s glamorous golden age of the 1930s and ’40s. Lucy at the Movies is a long overdue showcase for this area of the star’s career, offering behind-the-scenes stories and essential information for every film in which she appeared. The pages are filled with rare photos of the beautiful young actress, many from her own first scrapbooks. Explored from her days as a showgirl through blonde, brunette, and “Tango Red” incarnations, from black-and-white through glorious Technicolor, this is a complete reference guide and a tribute to a star and an era. “Lucy at the Movies was an enormous undertaking. But it’s clear that it was also a labor of love. My mother would be very impressed and flattered . . . The value in this encyclopedia is the information on, not only the film career of Lucille Ball, but the way films were made. It’s an invaluable history of the motion picture industry and those who first created it.”--Lucie Arnaz

The Autobiography Of Benjamin Fran...
$26