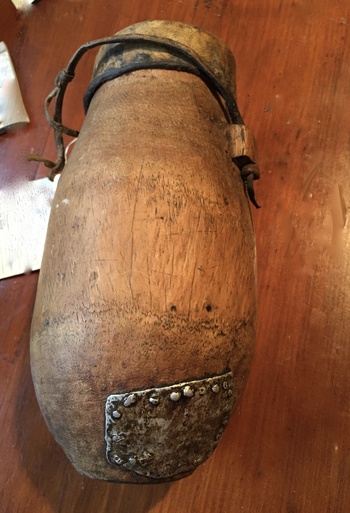 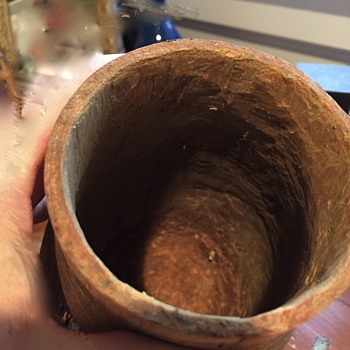 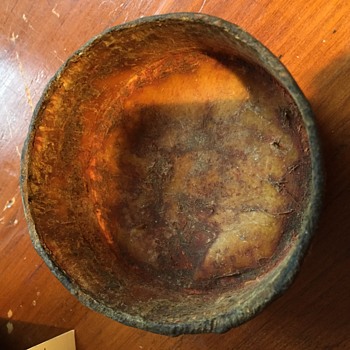 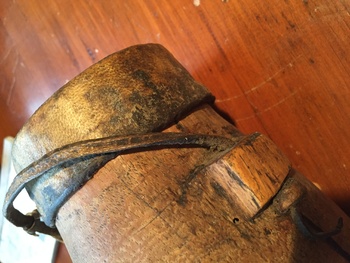 UPDATE: Canyon Road solved the mystery. He said it was a traditional Kenyan Milk Gourd or Jug that had likely had some tribal use. I thank him profusely for figuring this one out.
I got this from an on-line auction several years ago. I don't know why but I fell in love with it. I love the metal patch on the bottom and the hide top that fits perfectly. I don't so much love the horrible cheese-like smell when you open it up though. It came from the pacific northwest. I don't think it is native american but haven't ruled that out since I don't know enough to do so. I have never seen anything quite like it but it does resemble in some ways the homemade canteens used during the civil war (though not in shape). It is about 8" high and weighs about 2 pounds.
I am going to post a few more pieces of treen I have collected over the years. I am not entirely sure why it appeals to me so strongly but I am drawn to it. I think it is probably because you can see (and in this case smell) its age.
Any thoughts on what it might be or its age would be appreciated.