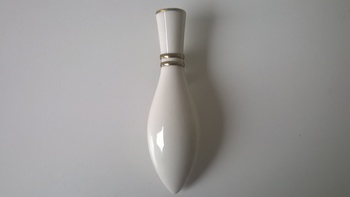 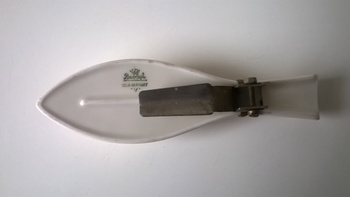 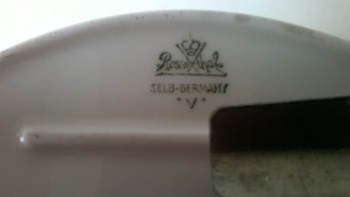 I have never seen or heard of an auto vase until today. I've done a lot of looking and have since learned something from the Smithsonian Gardens about these vases:

"The auto vase is comprised of a small bud vase with a bracket that allowed it to be mounted inside the car either on the dashboard or by a passenger side window. Vases came in many designs and colors, in a variety of price ranges. They not only improved the smell but also added a touch of elegance to the car interior. Pressed glass, cut crystal, metal, porcelain, ceramic, and even wood were used for the vases, which were often paired with brackets that were fancier than the vases themselves. The fixtures could be made of silver and some were even gold plated. "

"Auto vases were sold in jewelry stores, auto parts stores, and catalogs from companies such as Sears. Henry Ford was so pleased with these simple solutions that he offered them in his parts department and added them to his system of mass production. The service these vases provided made them a desirable feature to add to any car. With improvements in car batteries and air-conditioning becoming standard in vehicles, the auto vase was no longer necessary. In recent years, however, there has been resurgence in these novelties. Cars such as the Volkswagen Beetle revived these little vases for a fresh twist on their interiors, and drivers of other cars have caught on to the trend."

Thanks for looking/loving, CW friends!
~Bonnie~