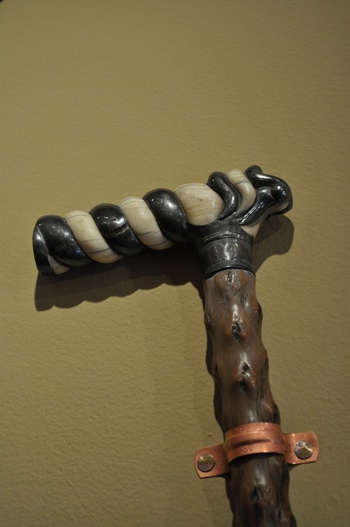 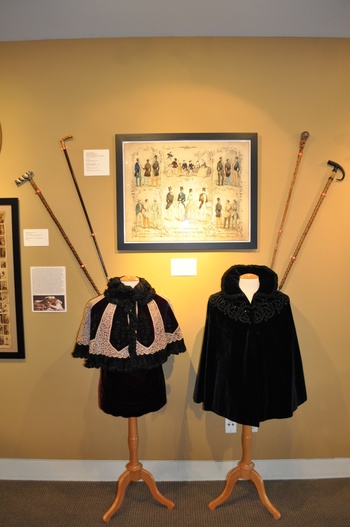 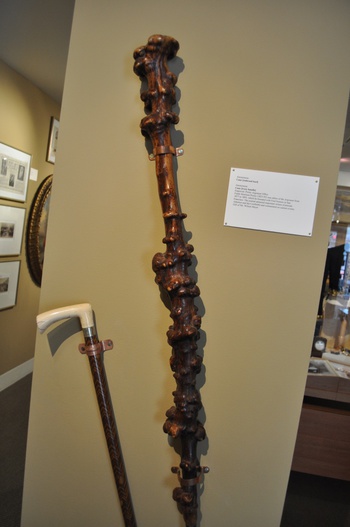 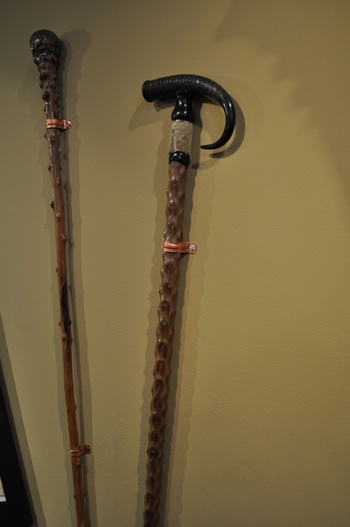 The Society of California Pioneers' new display of artifacts from the early days of California includes a whole lot of canes, or as some may call them, walking sticks. There were so many, in fact, it was difficult to choose just four pictures to put up! I guess the early gold rushers liked having something to brace themselves with when walking. The artistry is quite impressive.

The first image has a handle of weaved silver and ivory and was a gift to the museum by Walter Gallatin.

The third image has two canes, the larger one is carved redwood, while the second has an ivory handle and has the engraving "Pixley Argonaut Office." The description on the museum describes Mr. Pixley, who I assumed owned this cane the following way:

"Frank Morrison Pixley (1825-95) was the editor of the Argonaut from 1877-1893, which he founded with Fred Somers in San Francisco. The journal attracted important writers (Gertrude Atherton and Ina Coolbrith) and commented on current events." It was a gift to the museum of Mr. Wilson Meyer.

My personal favorite canes are the carved wood ones, because they appear to be one with the environment you might say... What's your favorite?