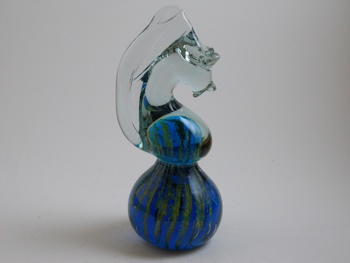 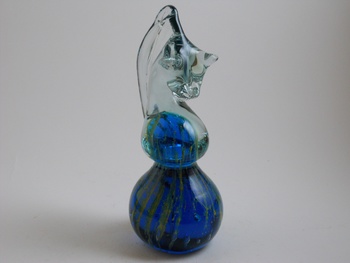 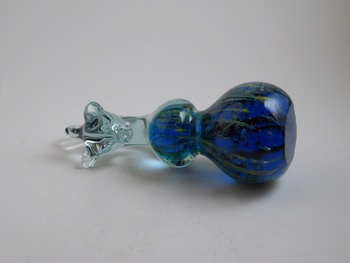 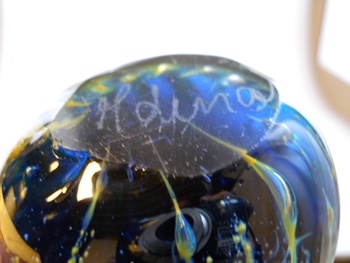 Good Evening CW Members----10:30 PM)2016-6-22
I found this nice little Sea Horse paperweight at the thrift store early this week, very attractive swirl inner Blue glass with some Yellow strip throughout, sign at the base "Mdina"

Mdina Glass was founded on in the Maltese town of Mdina, in 1968 by Michael Harris, a risky venture at the time as Mdina had no history of glass making. However the gamble paid off, and Mdina glass was an instant success. The company produced free formed organic glassware, often in colours inspired from the sea, sand, earth and sky, which proved very popular with tourists in Malta. Unfortunately, and quite unfairly, Michael Harris was soon pressured to leave by the Maltese government. In 1972 Michael left Mdina, and formed a new company, Isle of White Studio Glass, on the Isle of White in the UK. Many of the designs created by Michael Harris continued to be made at Mdina Glass after he left. The company is still active today, and is now run by Joseph Said, who was Michael's most skilled apprentice.