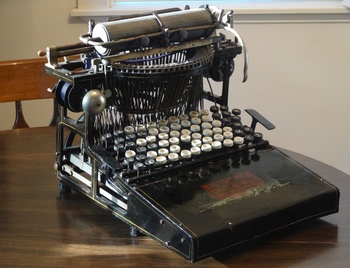 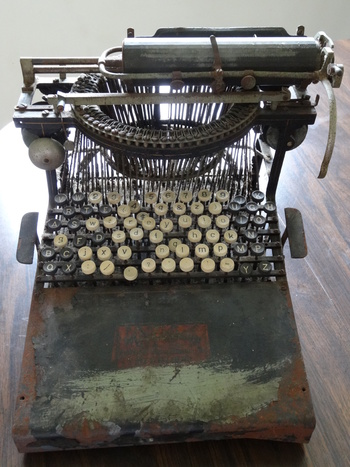 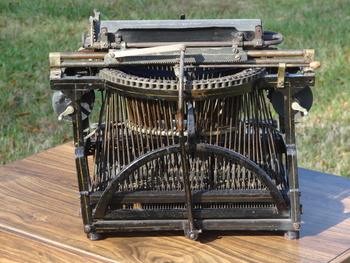 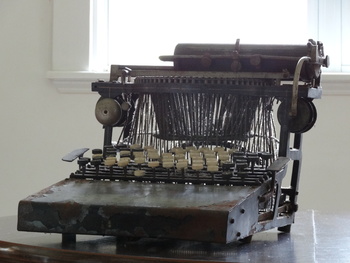 Hello everybody, I would like to share a story of an old typewriter and its history of 130 years. This is my 1886 Caligraph No. 2 Typewriter, currently in the Piedmont of North Carolina, found in a barn in Northern Pennsylvania. It is by far the oldest typewriter I have ever seen in person and is the pinnacle of my collection of typewriters and computers; it's old enough that I wouldn't be surprised if it's the oldest typewriter in my town or county. I bought it from a fellow who found it in his grandfather's barn in Northern Pennsylvania, where it sat in the bed of a truck for decades. Given its age, it has likely not seen regular use for over a century. As a result of this, it was in rather poor condition when I purchased it, but I had great interest in it because it had great potential and was very complete. As you can see in images 2 & 4, it was very rusty and covered in dirt and dust. Its parts were so locked up that they were nearly welded with dust and corrosion in areas. But with some time and elbow grease, I managed to get it polished up again. The entire machine was cleaned and all painted areas were re-lacquered for preservation. I even managed to find a new-old-stock 1 inch width ribbon from the 1890s to put on it. The toughest part was the front panel, which needed to be very carefully sanded to remove rust, and the paint touched up and re-lacquered smoothly to preserve and revitalize the original decal. The golden pin striping also needed to be redone on the panel as well. It shows that even some of the roughest and oldest of such machines can be saved and have great potential, even after all of those years; all it takes is some knowledge, time, and perseverance. Thanks for reading!

More information about this machine can be found on my main page.