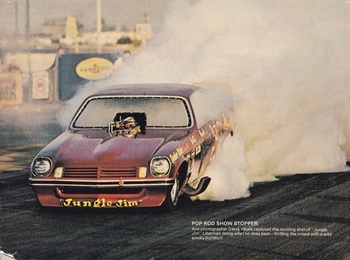 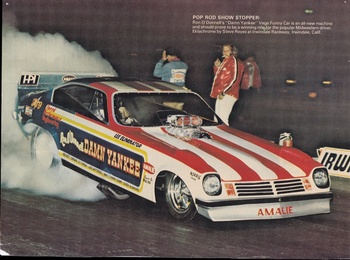 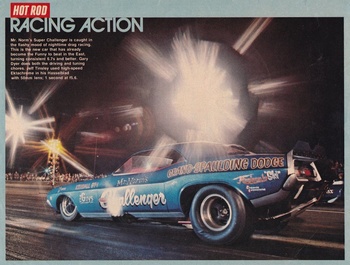 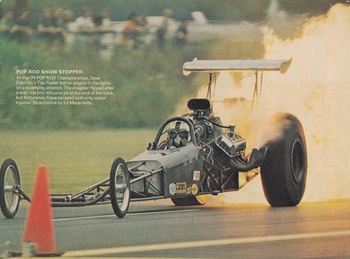 Some more from my collection of Dragster Magazine photos. These are from the early 1970s.
Starting off is Jungle Jim King of the smoky burnouts. The burnouts were to warm up the tires for better traction. The burnouts could be better than the actual races.
Photo #3 shows the appeal of night racing. Flames from the headers were something that could only be seen at night. The cars looked better at night too. In full daylight they could look a bit dingy from all the smoke and fire. Also there was crackling sound of the exhaust, something you would only hear from the cars running on nitro also known as top fuel.
#4 is rail with an engine blowing up. Probably wrecked the parachute which led to the flipping at the end of the track.