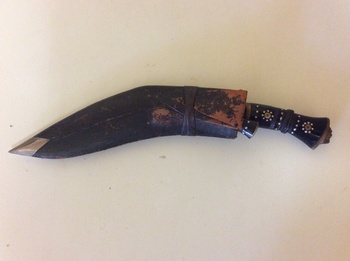 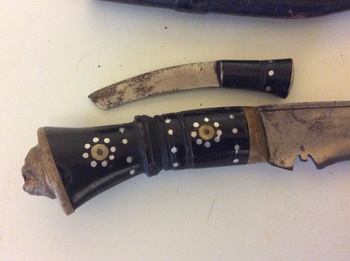 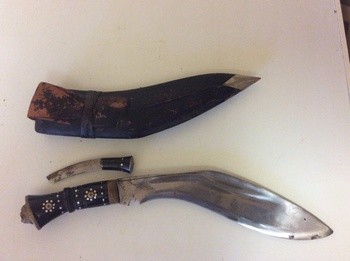 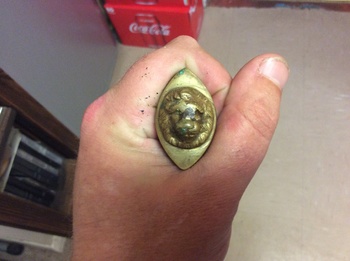 Early 20c military Gurkha knife inlaid with silver and a brass lion to the top, the little knife is for 5yrs service to the British army. Gurkha's are from Nepal and possibly the best jungle warfare fighters in the world. They are Nepalese residents who work with and for the British army and have for 200yrs, friends who have been in the army tell me they are the best British troops. Their country is poor so to get out of poverty they train from a very young age, just so they can get out of poverty with the British army. I am all for the help they give British army but until recently they never got a army pension, why I don't know they fight the same as our British troops. Anyway it baffles me as to why they can not get the same treatment in all aspects as British citizens when we have the most amount of foreigners just ripping our country in Europe. Foreigners from all over the world come to our country just for a holiday just because they are ill, to screw our free NHS scheme (been changed recently), and to collect our free government handouts (housing, living expenses). But for some reason the Gurkha's who work in our army are not entitled to a pension the same as a British person, I believe they have a better pension scheme now it's been changed recently but not the same as British troop's but should be. They also stay in the army a long time a high percent stay until they are old. Back to the knife I have heard that a Gurkha has to draw blood when he draws out his knife, either his own or his enemy. This I don't know to be true but has been rumoured in Britain for as long as I can remember, may just be that
a rumour.