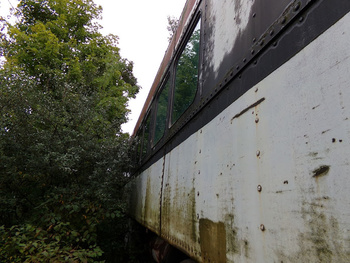 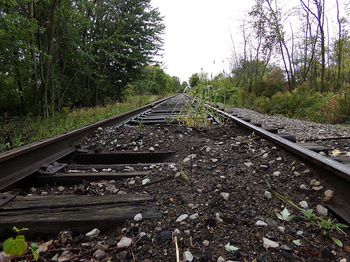 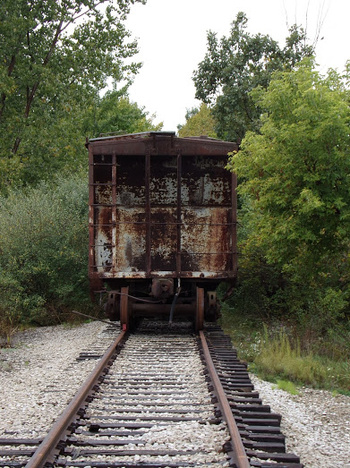 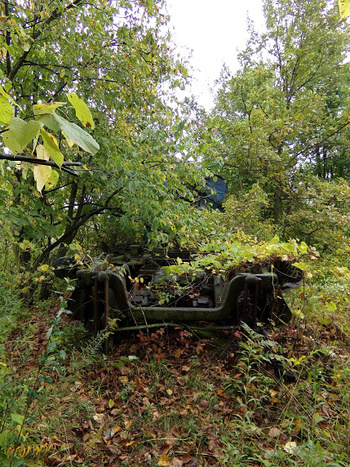 It was clear that the railroad was no longer used, for plants were growing up around sinking rails, and animals' burrows had kicked up high mounds.

This time I had brought my camera. The day was even grayer, and rain periodically fell in gentle mists just as the whole week was to be wet. Still, I was determined to get the photos then before any sort of change would have occurred to the area.

The night before I was somehow terrified of the particular train I was going to see. I had a nightmare about what must lie inside waiting for me. That is a rare thing, and I'm not sure why it kept eating away at me.

I continued toward it to take pictures but as I went to cross the road to the area, a police officer showed up. I spotted him coming and made it look like I had used the railroad as a short-cut to get to this road, where I then took a right. He waited there, so when he left I noted the direction he was going (to 'double back around') and I continued walking for about ten minutes.

I then returned to the area and quickly walked onward toward the abandoned cars in the trees. I gained them and ducked into the brush where I disappeared from view and spent a while taking pictures and exploring.

I climbed a car and peered through a shattered window to the torn-apart interior. My nightmare suggested a most dark and evil place, but albeit vile, it was brightly lit and not evil in appearance. I continued on.

It was a bit chilly out, and the leaves dripped onto me and brushed me with water, but I kept my camera dry and went deeper till I hear a branch snap and ducked low in silence, attempting to figure out what it may have been caused by.

Everything went silent again-- may I add, I recall having not once heard a bird or cricket like in my own town, likely adding to the eeriness of the area I experienced a few days prior.

I began creeping, stooped over, back toward end. Finally, the end came in site-- it was just the chassis of a stripped-out train car that fell off the tracks into the dirt where it may forever lay. Behind that, the land, too, fell away.

I had reached the end of the line and turned around, crawling under the enormous cars and being wary of the shattered glass.

On this day I saw a few people. The town seemed less eerie. No birds. Little colour. A stray cat. An abandoned farm-house out of town may be the next place I take a look around. Its rotting eeriness seemed more inviting than the town, though. I know not why, but it is so. 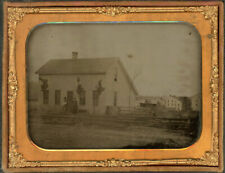 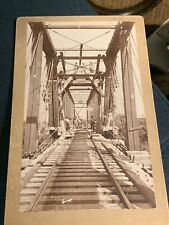