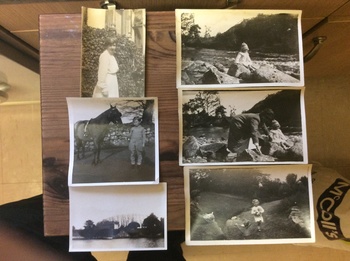 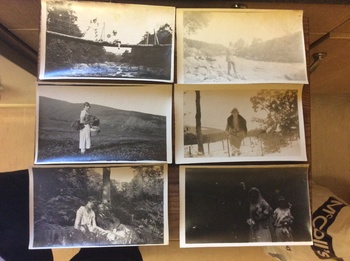 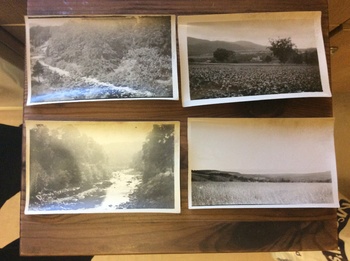 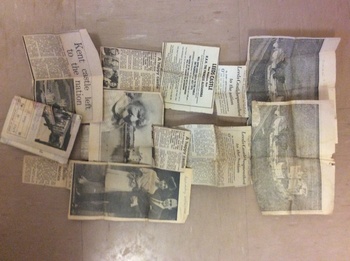 My wife's nan used to work at Leeds castle in Kent U.K and these are some of the photographs of Lady Baillie and her family, all lords, Sirs, Ladies and well to do people. Well anyway she worked there in 1930 when she was 16 for 10yrs or so, she said it was the time of her life meeting all the rich & famous, kings and Queens who would come to meet Lady Bailie. She died in 2012 and gave these pictures to my wife which she cherishes dearly. The horse with Sir Gawaine as a kid was a big race winner of the time I still don't know what race it won, I would like to know though. She kept every paper clipping that she could find about Leeds castle and the Baillies and would spend hours telling us about her time at the castle.
Here's some info on Lady Baillie from Wikipedia.
Olive Cecilia Paget was born in the USA in 1899, the elder daughter of the Englishman Almeric Paget, who later became the 1st Baron Queenborough, and his American wife Pauline Payne Whitney, the daughter and heiress of William C. Whitney.[2] In 1905 her sister, Dorothy Wyndham Paget was born. When their mother died in 1916, each daughter inherited a considerable fortune. Olive was educated in France and in 1918 she served briefly as a wartime nurse. In 1919 she married the Hon. Charles John Frederick Winn, son of Baron St Oswald of Nostell Priory in Yorkshire, England. They had two daughters; Pauline was born in 1920 and Susan in 1923. The marriage ended in divorce in 1925.

Later that same year she married Arthur Wilson Filmer. The Wilson Filmers bought Leeds Castle in 1926–27 but were divorced in 1931. Olive retained possession of the castle. In November 1931 she married Sir Adrian William Maxwell Baillie, 6th Baronet, thus gaining the title of Lady Baillie.[4] They had one son, Gawaine, who was born in 1934.[2] Sir Adrian and Lady Baillie divorced in 1944; he died in 1947.[5] Lady Baillie died in London on 9 September 1974, aged 75.[6] Her estate amounted to about £4.08 million.[7