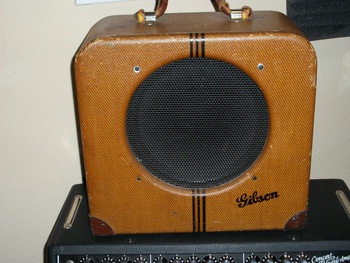 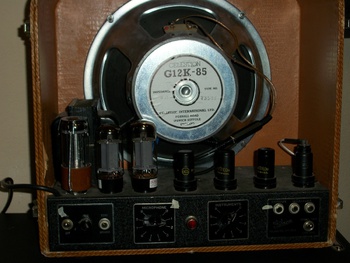 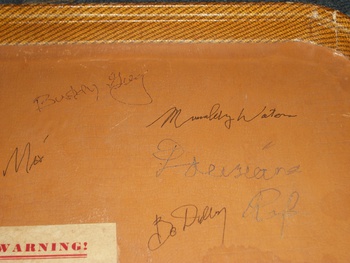 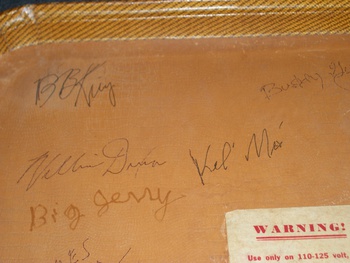 This classic is one of my very favorites. Class A, all tube and the first amp ever made with an overdrive channel. It's a screaming 15 watt with
1-12" Celestion classic (I replaced the old field-coil speaker).
The "suit-case" tweed amp is so called because you pop the snaps on the side and take off the hard-shell back when you play it.
For you blues fans, get this---it has been autographed by Muddy Waters, BB King, Willie Dixon, John Lee Hooker, Pinetop Perkins, Otis Rush,
Bo Diddly, Gatemouth Brown, Keb Mo, Johnny Winter, Jimmie Vaughan and Big Memphis Jerry.

When the amp was being designed, Charlie Patton asked Gibson to put in a mic channel. In the 30s mics had a very weak signal, so Gibson put a drive booster into the MIC channel. Legend has it that one night, Hubert Sumlin was backing Wolf and he accidentally plugged his guitar into the MIC channel. When he hit the first chord, everyone in the juke went crazy and Wolf reportedly said, "Whatever you did, do it again."
Essentially Gibson had inadvertently created the first overdrive channel on a guitar amp.

Although I have numerous vintage and boutique amps (Fenders, Dr. Z, Gibsons, Vox, Peavey, Duncan, etc.), I still take this one and play it out on occasion. It really sounds greasy and thick--a great blues amp. 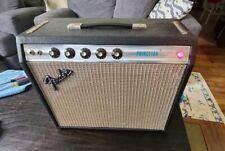 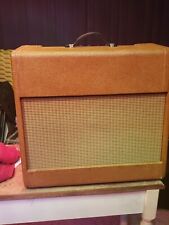