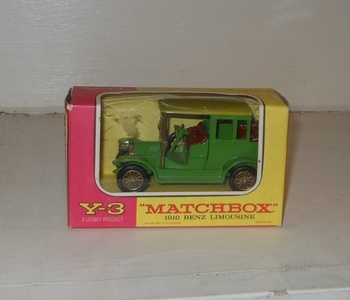 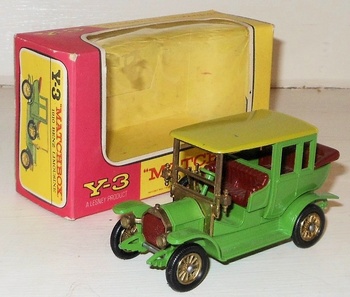 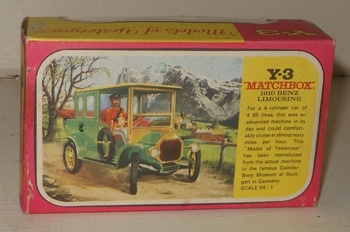 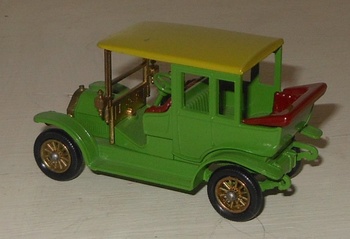 This model was first released in 1965 and was made until 1984. The first ones were cream colored and came in the traditional matchbox style box. The window style box seen here began in 1968. I think this is from 1967-1969 perhaps 1970. The Superfast era began in 1970 and although the Yesteryears did not get mag wheels the paint changed to be more sparkly and wheels were a bit shinier.
The information on the box backside shows it had an almost 5 liter motor with 4 cylinders. Plus it could reach 60 mph which wasn't bad for 1910.
The driver would have had to dress in warm clothing in cold weather while the passengers could ride in comfort. Typical of the limousines of the day.