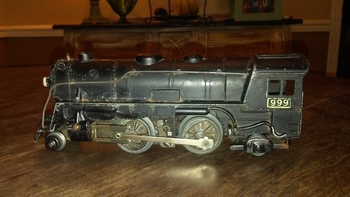 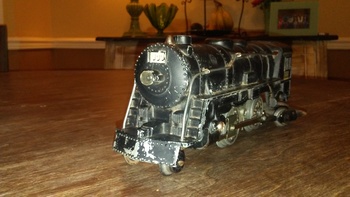 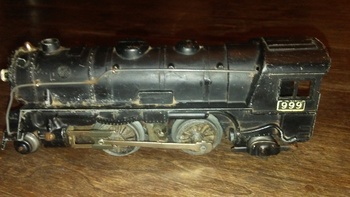 When the second world war began, production had to cease for wartime efforts. The 999 Marx Locomotive would not be mass marketed until after 1945. Around 1947 a flat pilot with fuller,thickness was finally settled on.There were two versions of this pilot,onewith rivets on a flat pilot,this is a fine example of that version. 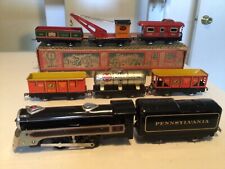 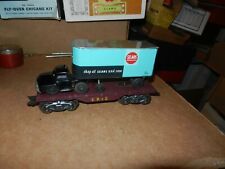 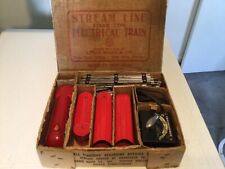 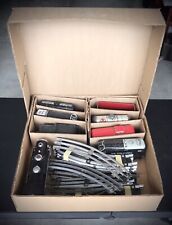